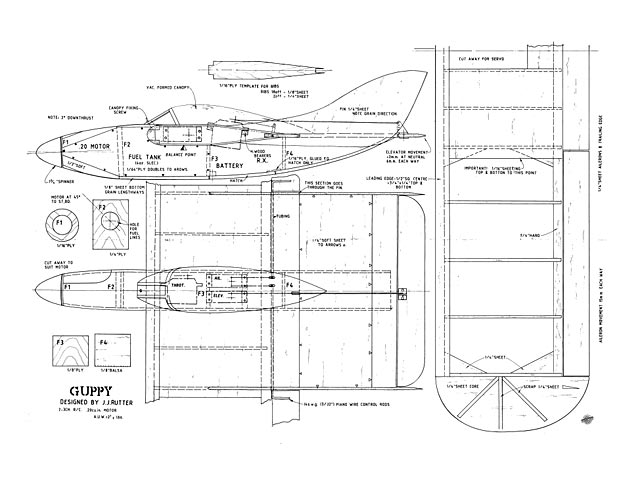 During a particularly uninspiring meeting at work in December 1994 I 'doodled' this particular design on the minutes of the previous meeting. I must have been reminiscing about 'the good old days' of control line flying wings, with thoughts vaguely on the KK Talon (oz4398) crossed with a Warlord (oz12240). I wanted a flying wing with a bit of fuselage so that I could hand launch it much more easily than a pure wing. Throttle control would also be nice - at least I could then land it when I felt like it instead of waiting for it to run out of fuel - and I might want to fly it slowly, maybe, sometimes - well alright, long enough to find out if it would fly slowly because you have to write about these things!

Anyone who flew a C/L combat wing in the late 60s or early 70s will recognise the wing construction, which starts with the production of the rib template in a bit of scrap 1/16 ply. This is used to make the 14 ribs - 12 from 1/8, and two from 1/4 in. Next I cut the 1/4 in material needed for the leading edge (LE) top and bottom, trailing edge (TE) and ailerons. It should all come out of a 4 in (medium to light) wide sheet with a little bit to spare. The wing is then built over the plan (cover it with a bit of Solartilm backing film or similar first, to stop it being stuck to the wing) by pinning the lower LE in place, followed by the 1/2 in square, followed by the ribs..." 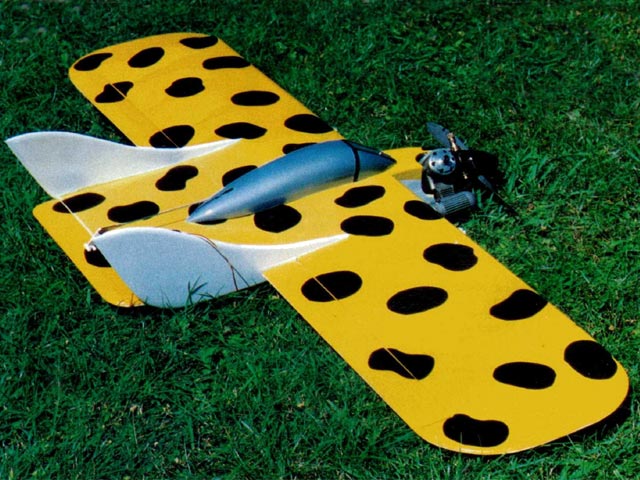