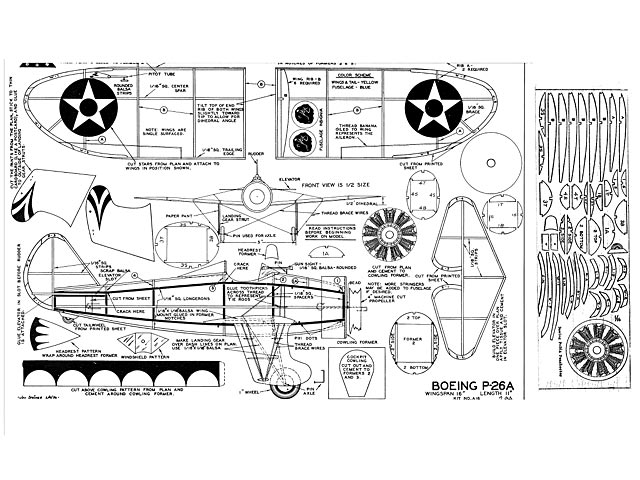 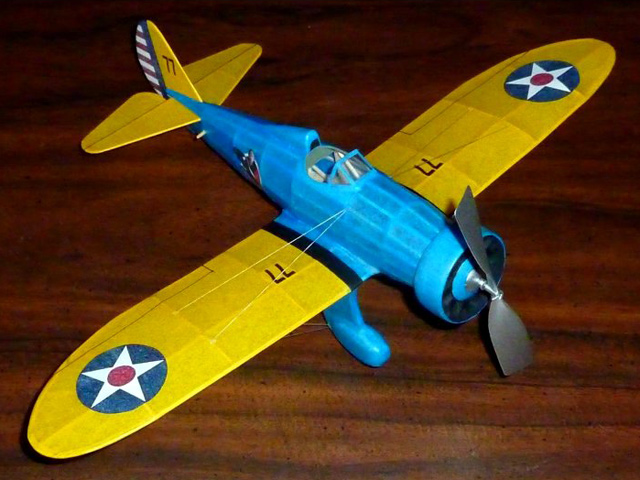 This model [main pic, 003-007] was constructed from the 1936 Comet Models plan of the Boeing P-26A "Peashooter," obtained from the fine and dedicated people at OuterZone... plan OZ121. I'm afraid that I took things a bit further than the plan specified, specifically the engine and the landing gear. I'll explain....
It was constructed at the request of my "middle" son...now 40-odd years old...who intimated that as a child, I'd given a toy to him of this very aircraft. He even detailed the color scheme! How could I resist such a request? The project was a total delight! The aircraft's number "77" represents my son's year of birth.
Thank you again, Mary and Steve!
Neal Green - 04/06/2020
Add a comment