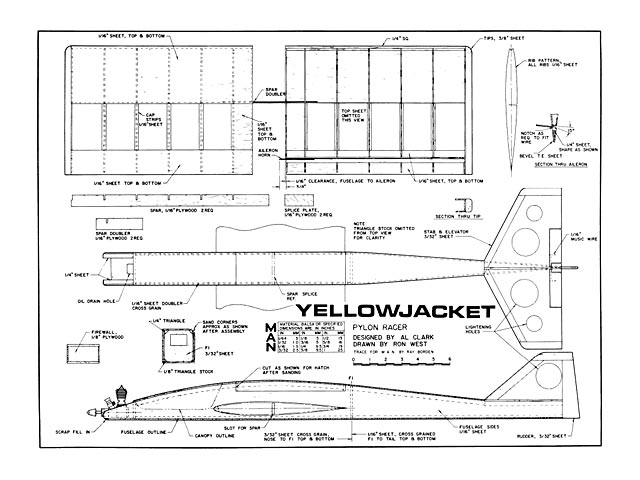 The most obvious thing about the Yellow Jacket is its low frontal area. The fuselage is just large enough to comfortably hold two miniature servos, a receiver, a 225 battery pack, and a 1 oz tank.

A wing with laminar flow and low frontal area was obtained by using a 25-1/4 in span, 8 in chord airfoil with a thin airfoil section. The airfoil section is a fully symmetrical, 9.5% section with the high point at 45% of the chord, giving good laminar flow characteristics and higher Reynolds numbers than those obtained from the usual 6 in chord wing.

One aileron was used to provide a yaw force helping to keep the nose up in the turns. This added yaw force allows one to make a tighter turn without altitude loss than can be made with a two-aileron ship. (This only applies to left turns.)

The nose of the Yellow Jacket has been tapered down to about 1/2 in thickness, allowing more propeller to be exposed to the air than would be if the typical 1/2 A fuselage faired into a spinner was used. An added benefit of using no spinner or cowling is increased airflow around the engine, allowing better cooling when using high nitro fuels..." 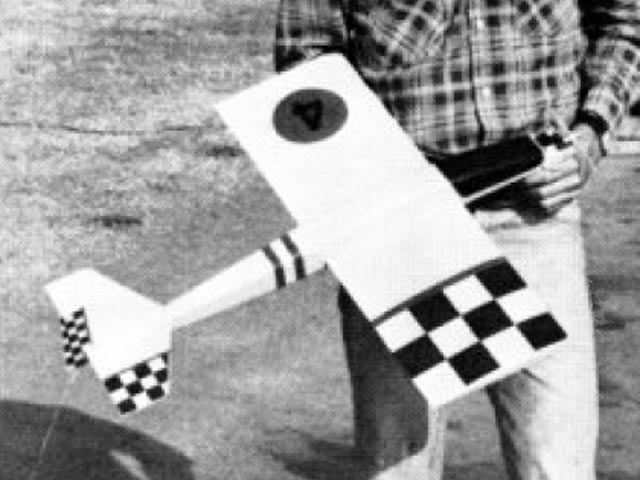