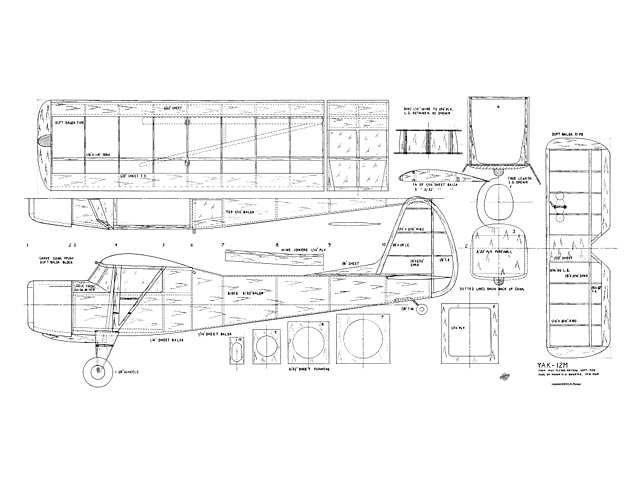 Quote: "The YAK-12M was a 1955 development of the 1947 Russian YAK-12 military liaison and civil aviation plane. It was a very flexible 4-place radial-engine high-wing aircraft, capable of being fitted with trainer dual controls, ambulance stretcher, or crop spraying gear.

Hurst Bowers' model is a 37 in span free-flight rendition. No propulsion is shown or noted, but my guess is he intended an .049 engine. He dated the plan February 1960, but I don't know whether it was ever built. This pencil drawing was found among his effects after he passed away on 15 December, 2004."

A bigger, oomphier outgrowth of the Storch for a quartet. Slightly better looking than that ghastly Criquet.
Miguel - 29/03/2020
Add a comment