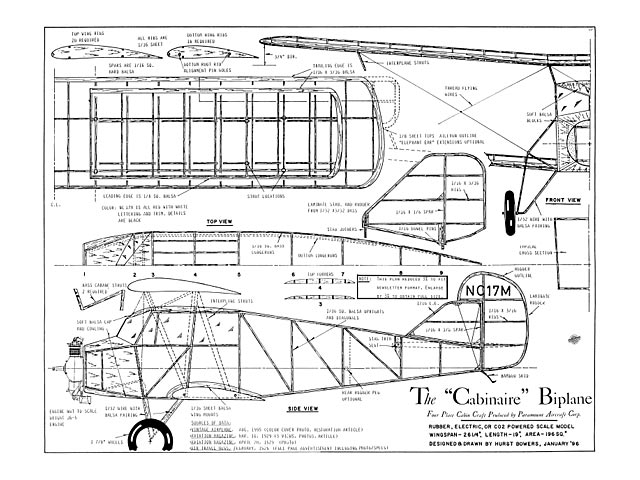 Quote: "The Paramount Cabinaire was a 4-place radial-engine cabin biplane developed in 1929 by Walter Carr by modifying a Travel Air 2000 open-cockpit bipe. Unusual, the top wing is separated from the cabin roof by several inches. Eight or nine were completed before the Great Depression halted production. A survivor can be seen at the Golden Wings Flying Museum in Blaine, Minnesota.

This 26-1/4 in span model was designed by Hurst Bowers for publication in the March, 1996, issue of MaxFax, the newsletter of the DC Maxecuters club. He designed the model for rubber, electric or CO2 power free-flight, but at the time of publication the model had not been built." 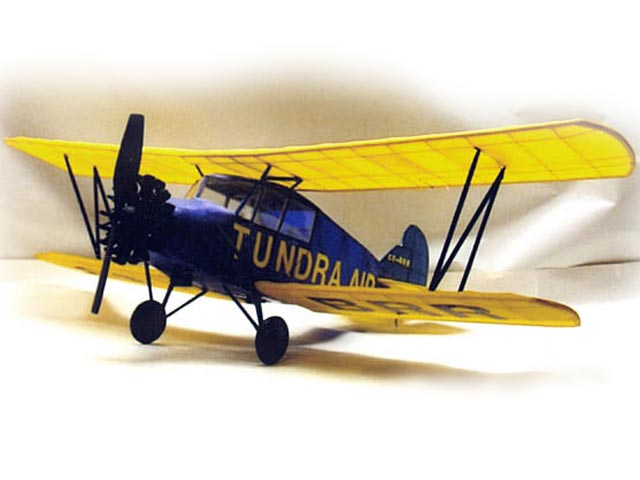