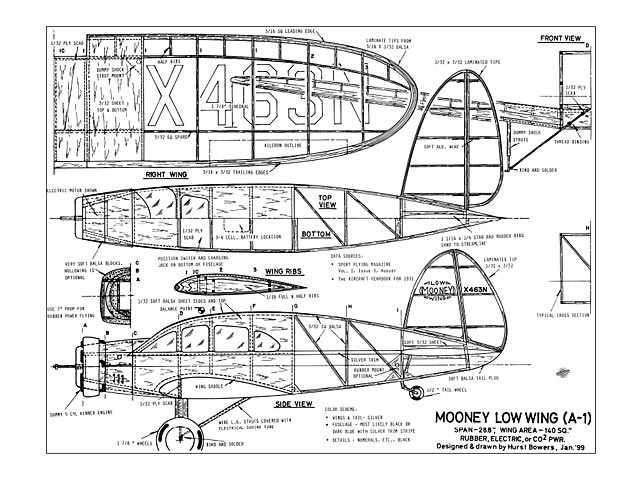 Quote: "The Mooney A-1 was a four-place low-wing aircraft powered by a 100 hp Kinner radial engine. It was the first plane produced, in 1929, by brothers Al and Art Mooney's Mooney Aircraft Corp. It was similar to the Alexander Bullet, also designed by Al, but somewhat simplified to lower the cost. Despite their cost-reduction efforts, the Great Depression put an end to the company and the A-1.

This 28.8 inch span model was designed by Hurst Bowers and published in the March 1999 issue of MaxFax, the DC Maxecuters club newsletter. He designed it for free-flight with either rubber, electric, or CO2 power, but the cabin is roomy enough to accommodate ultralight RC gear, if one wanted a challenge."