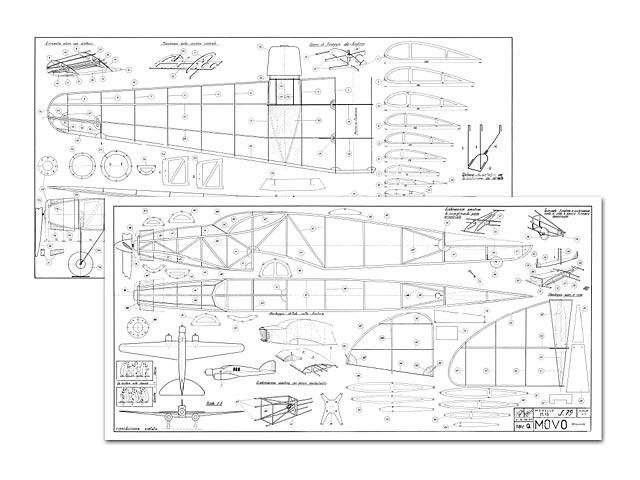 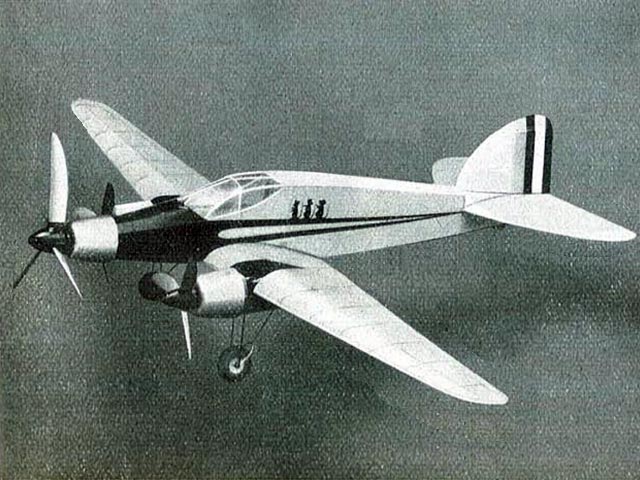 On 23-24 of January 1938 three modified bomber Savoia Marchetti S-79 made a record Transatlantic flight Roma-Dakar-Rio de Janeiro. On the S-79 side were painted three green mice. In Italy that's a saying:
"I'll make you see the green mice" intended as I'll make you see something incredible or a bad moment.
After the record It became the motto of 205th Bomber Group that painted the 3 mice on their Aircraft. One of the three S-79 had the registration I-BRUN. BRUN stay for Bruno Mussolini, son of Benito Mussolini. Bruno was a good pilot since he was 17 y.o. the most young Italian pilot. Bruno died during the test flight of the Piaggio P.108 (a sort of Italian Flying Fortress). Colour scheme sent by mail [more pics 004].
Pit - 03/03/2020
Not much to do to lighten that fuselage, except connecting it to a vacuum pump after covering to remove the air inside! Indeed I would rather lose a couple of grams to add a few diagonal members lest the rubber motor pulls a disaster up. Nose a bit long but a fine model overall.
Miguel - 03/03/2020
Add a comment