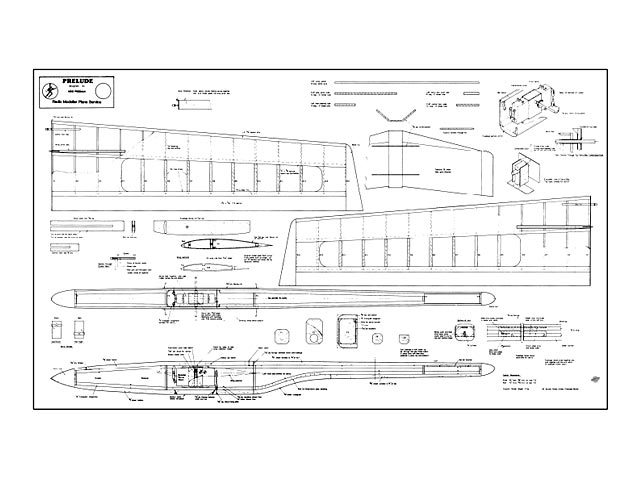 Mike Freeman has been experimenting with pivotted wing control for gliders for over two years and has achieved a considerable degree of success with his developments. Previous attempts by modellers to produce the equivalent to aileron control by pivotting the wing panels have often resulted in complex systems which have the effect of 'frightening-off' the average slope soaring enthusiast.

Mike has managed to devise a practical system, that also includes pitch control, and the mechanics incorporated are well within the capabilities of any experienced modeller to construct. Reducing complexities on innovative prototypes is a sure sign of a designer with a practical outlook - and someone who enjoys flying.

By way of an introduction to the feature model, a Prelude, we are including Mike Freeman's articles on unorthodox control of a radio controlled model slope soarer.

All moving tales - Part 1: IN PAST PUBLICATIONS OF RM there have been advertisements for model gliders with asymetrical movements of the whole wing to control bank and roll ie AXEL, for one. I would like to describe a model glider I have just completed that goes one step further.

My limited knowledge of aerodynamics tells me that an aircraft climbs and dives in response to a change in angular relationship between wing and oncoming air this being caused by the elevator or all moving tail.

Looking at this set-up logically nothing seemed wrong with moving the entire wing around its longitudinal axis, altering the angle of attack of the wing direct. Combining this movement with the asymetrical movement of the wing and mixing the two mechanically should produce a model that would fly - but would it? My flying companions were convinced it wouldn't.

I used an old pair of foam core wings and made up a 'fuz' and vee tailplane (saves covering and damage, our slope is covered in thistles in the summer!) The wings pivot on a piano wire wing joiner and the pitch and roll controls are mixed by sliding one of the servos. The pictures show the set-up. The wing joiner is positioned at the centre of gravity, this means the centre of pressure is behind the pivot and thus the wing would 'weather vane' when travelling through the air and not put any undue strain on the servos.

With the model complete, but as yet uncovered, the 'knockers' began to see that I was serious and that I had sufficient faith to get this far. There were still firm doubts however, and I thought, given the right conditions, I would try a 'naked' flight just to establish the principle before final covering (a job I hate!) Thus, one breezy Sunday morning in October, I stood on our favourite slope watching fellow pilots aerobating their models in perfect lift and trying to build the confidence to launch mine. Switch on. Final check of wing movements and launch. Steady as a rock it climbed

straight out of my hand up towards the clouds. A touch of down elevator to penetrate - nothing! Had I switched on? Was the battery flat? A boot full of down caused the model to dive steadily and out into the lift. The greater airspeed improved response but it was clear the movements needed increasing. The problem now was how to get the thing down, the lift was that good. The fellow pilots, who had landed by now, disbelief written all over their faces, offered advice and eventually we got the model down onto the slope.

Back home I covered the airframe and increased the movements to suit. The following weekend the finished model was flown in lighter wings (approx 5 mph) and proved satisfactory, not quite the same height was achieved but control response was much improved.

All moving tales - Part 2: A number of alterations to the original design have taken place, the first one being I have given it a name: Vertigo II. (Now designated 'Prelude' to avoid Plans Service confusion) The method of control has changed, this revised method is much more precise, is a fraction of the weight of the sliding servo mechanism, has little or no binding or 'free' movement and uses half the number of devices! Another advantage is that, with the servos held together with elastic bands, when a heavy landing occurs the bands 'give' and save the servo output arms from breaking. (I got through a couple with the sliding servo but none so far with this new method).

The wing has a greater sweep back and the nose is slightly shorter. The nett result of these alterations is the C of G is '/.in further back at 40% root chord and the pivot point has moved back Viin thus keeping the C of P behind the pivot.

How about the flying? In this revised mode the control is much improved, rolls are better; 1 sec for 360°, loops are better, about 20 feet diameter. Barrel rolls are superb and inverted only requires a touch of down to hold level.

With this form of control there are not only the obvious benefits of no surfaces to hang or control running down the fuz (I have now devised a fuselage that is split about 18 in from the tail for easy transport) but in-flight advantages also. Under conventional control the pilot has to 'kick' the tail of the model up or down with the elevator to effect a change in the angle of attack of the wing to alter pitch. With Prelude, the angle of attack of the wings is altered direct and the tail just follows along behind the rest of the model. This obviously cuts down on unwanted drag (evident by the silent fly pasts)..." 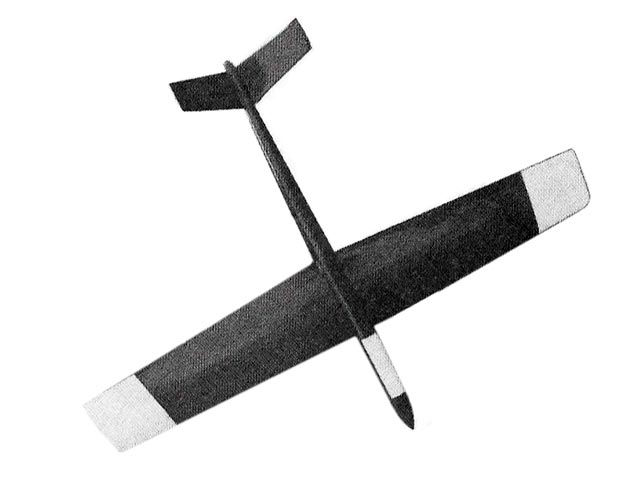