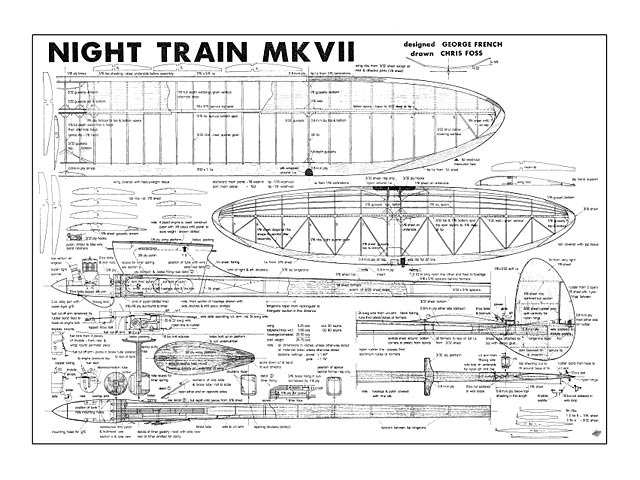 Quote: "...the zenith of George’s model flying came then in the 1960s when he flew for Great Britain in four World Championships, achieving top British place on each occasion. At Wiena-Neustadt in 1963 his model was credited with being 'the highest climbing model on the field'. For these events the engine run was now limited to ten seconds. The performance of Night Train improved at each World Championships, 9th in 1961, 6th in 1963 and 1965, and 2nd in 1967. In this latter event Night Train Mk VII was used, equipped with a Super Tigre G15 mounted in an aluminium pan, the motor specially tuned by Kevin Lindsey, the international C/L speed record holder. It used a multi-function Seelig timer. In fact George conceded the World Championship to Hans Seelig of W Germany having dropped just 20 seconds in the second fly-off aiming for 5 minutes. The combined performances of French, Monks and Savini secured the Team World Championship for Great Britain in 1967. In the Team Trials of 1968 tuned pipes were in evidence in FAI power for the first time, but after a gallant effort George failed to qualify for the 1969 team (pipes were discontinued in 1970 and standard FAI fuel introduced).

Throughout this period George shaped his own very thin propellers starting from Tru-Flite or Super-Aero wooden blanks. These were used up at a savage rate, but he maintains that the effort was vital to his successes. He always started his engines by hand, without a glove or a chicken stick. Often all that was necessary was to bounce the engine against the cylinder pressure, when it would fire and start..."


Scan from dfritzke, cleanup by Circlip. 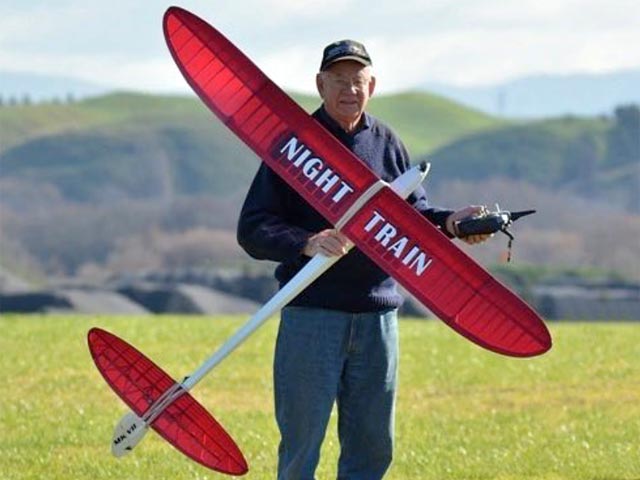