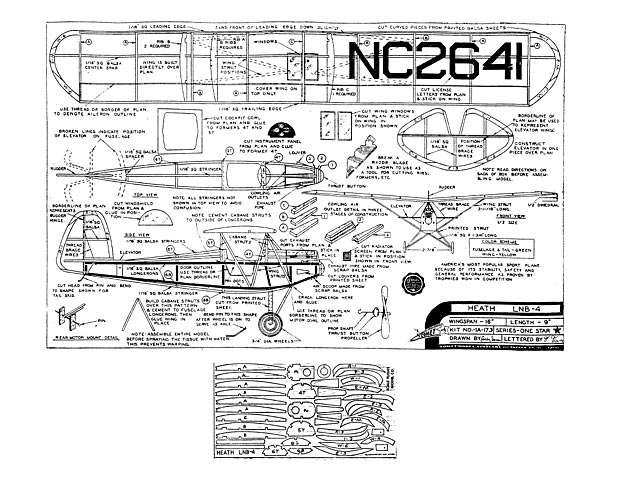 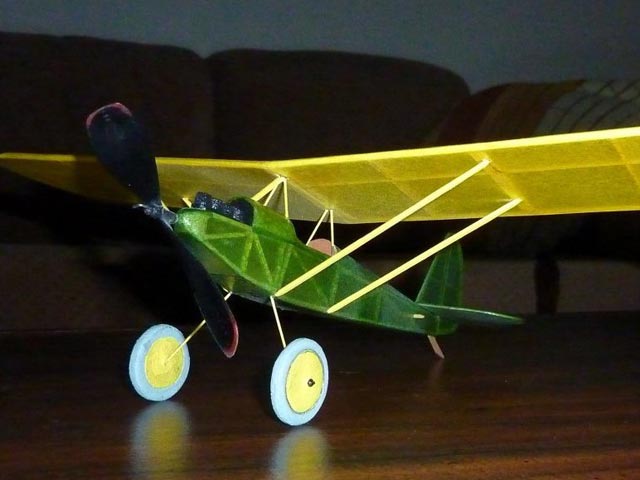 Arguably the most popular home-built aircraft in the world during the mid-1920’s to mid-1930’s was the Heath Parasol. For a mere $200 (a considerable sum in those times), the Heath Aeroplane Company, Chicago, Illinois would send a kitted aircraft, complete with a 20 hp B-4 Henderson motorcycle engine. As can be imagined, the kit-builder often availed himself of the opportunity to incorporate his own interpretation into the final aircraft configuration. His future was in his hands, literally.
Comet Models gave their own due diligence to the vintage craze by marketing a model of the Heath LNB-4 (oz1188) in what has become known as “dimer scale,” a 16” wingspan. A tiny aircraft with an overly large wing area, my model is finished in a scheme recommended on the Comet plan [main pic, 003-008]. The little Heath will not wreck your budget, being a definite conservation of materials, and besides, the ladies say it’s cute. I think it looks a bit like a little parakeet bird and flies accordingly.
Thanks to OuterZone, Steve and Mary.
Neal Green - 03/07/2020
Add a comment