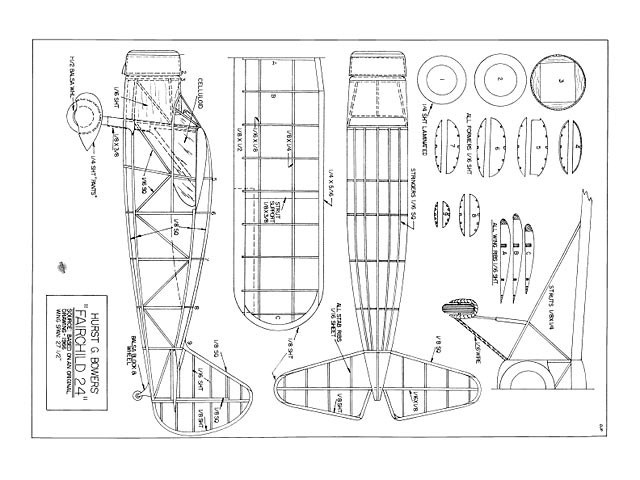 Quote: "The Fairchild 24 was a 2 to 4-place business cabin monoplane developed in the early 1930s as the Great Depression dried up airline purchases. It was available with either radial or inline engines and was built by Fairchild's Kreider-Reisner division through 1948. It was a very versatile aircraft and also served in the military, even to bombing WW2 U-boats off the US coast.

Hurst's 27.5 in model is of the radial-engine version, likely for rubber-powered free-flight, though the plan shows rudder structure suitable for hinging." 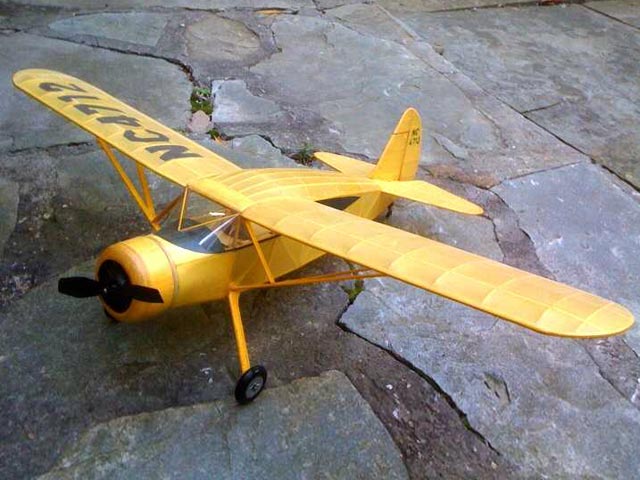 For those that nit pick, please note this is a 1938 or later Warner powered 24. Earlier models had a smaller fin, a larger main landing gear fairing and often overlooked the rear window sloped the other direction. See oz323.
Thomas Solinski - 08/01/2020
Add a comment