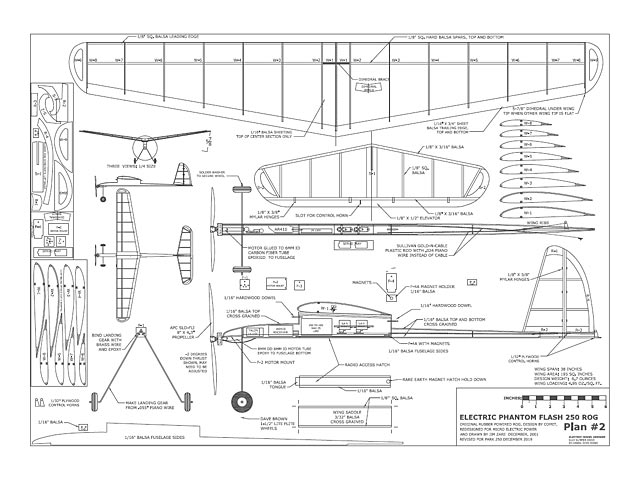 Note this plan was posted on RCGroups by the designer himself.

The original Phantom Flash (oz10096) was a simple rubber stick (free flight) model dating back to the 1930s. This here is a modern, enlarged version, re-designed for RC and brushless electric power.

Quote: "I designed an electrified Comet Firefly in 2000 with a wing span of 46 inches for the MTM Hummingbird motor. This was followed by a 38 in Comet Phantom Flash in 2001. Both models featured a stick like fuselage with the 3 cell Tadiran pack in the pylon and the MTM Hummingbird servo taped to the bottom front of the fuselage. I flew these models for several years until I wore out the motors.

They we largely forgotten until last summer ...I thought that it would fly even better with a modern brushless motor but I couldn’t figure out how to mount the motor without butchering the nose. I then remembered the Eflite SE-5 which used a 6 mm ID carbon tube to mount a Park 250 motor. I found some tubes online and prepared to modify the power system...

The [new, brushless] Phantom Flash has a Clark Y airfoil and a flat stab. The Orange Phantom Flash [more pics 003] is my original model from 2001 and was covered Microlite film. The red model was built by Phil Smith in Adrian, Michigan in 2002 and is still flying in 2020. Phil’s model is covered with Solite. I will use Ultracote lite on new versions.

Plans and photos are attached. Construction is quire conventional and all parts are shown on the plans." 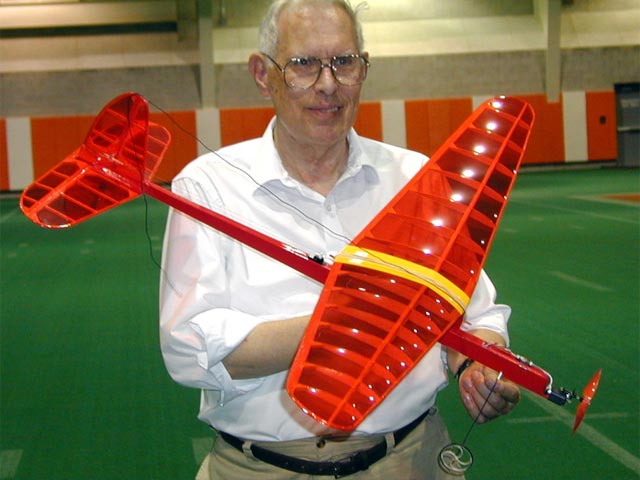