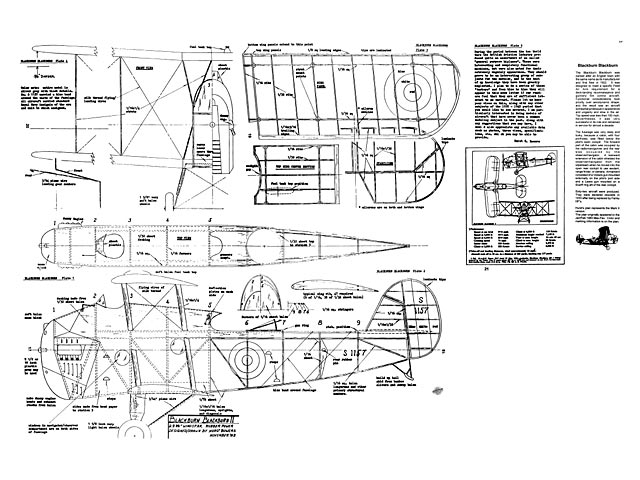 Quote: "Hurst Bowers' 28-3/8 inch model of this ungainly post-WW1 bipe was published in January, 1983, MaxFax, the DC Maxecuters' newsletter. While designed for rubber-powered free-flight, it would make an interesting RC model if scaled to 150% or 200%.

The Blackburn Blackburn was named after an English town with the same name as its manufacturer and first flew in 1922. It was designed to meet a specific Fleet Air Arm requirement for a deck-landing reconnaissance and gunnery fire control aircraft. Functional considerations took priority over aerodynamic shape, and the result was an aircraft somewhat grotesque in appearance and ungainly and slow in the air. Top speed was less than 100 mph. Nevertheless, it was very successful in its role and remained in service for almost a decade.

The fuselage was very deep and bulky because a cabin, with four portholes, was fitted below the pilot's open cockpit. The forward part of the cabin was occupied by the radioman/gunner and the rear by the observer/navigator. A rearward extension of the cabin shielded the observer/navigator from the slipstream when he moved into the open rear cockpit to use sextant, range finder, or camera. Armament consisted of a Vickers gun mounted externally on the pilot's port side and a Lewis gun mounted on a Scarff ring aft of the rear cockpit.

Sixty-two aircraft were produced. They were declared obsolete in 1933 after being replaced by Fairey IIIF's. 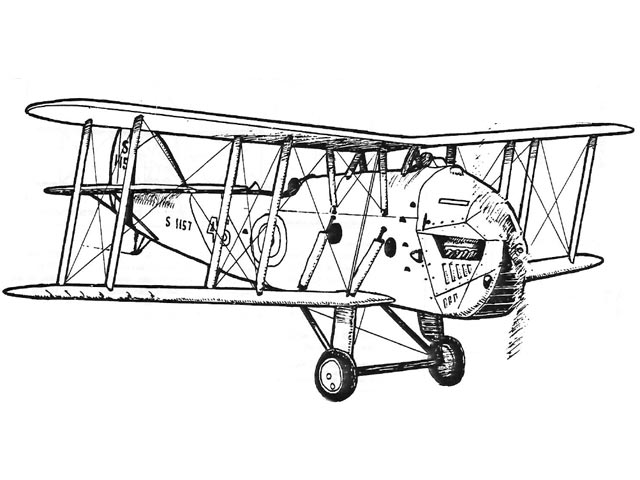