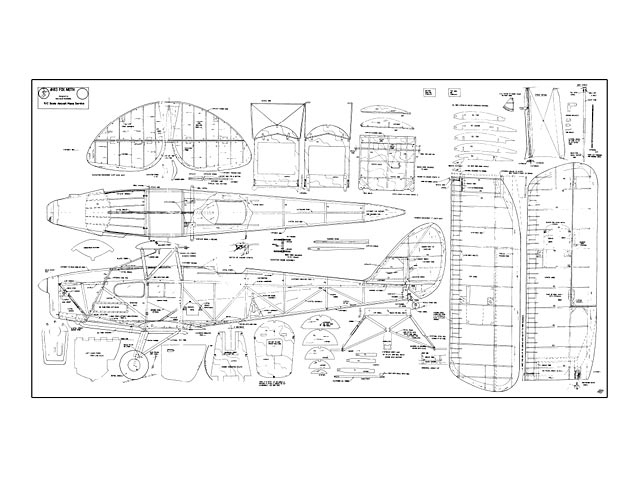 TAKE A LOOK AT SOUTHPORT next time you are visiting the Woodvale Rally, for one thing it is a delightful Victorian seaside town and it also has an unusual beach attraction. On the vast stretch of sand on the west beach is operated pleasure flying with a Cessna 172 and this is part of a long standing tradition. Inspiration for designing and building the Fox Moth model presented here came to Malcolm Harding as a result of the Southport operation, but in the days when it was operated by Giro Aviation Co of Southport with the DH83. Mr Giroux, founder of the company, is well into his nineties but Malcolm and his father have had the pleasure of meeting him and hearing of some of the exciting episodes in his flying - inevitable after 21 years of beach flying and carrying no less than 150,000 passengers - and who says there are no 'bold and old' pilots.

The prototype model was finished to resemble the Southport sand flyer and has many successful flights to its credit. Powered by a Laser 45 four-stroke engine the model has a good reserve of power and the Fox Moth handles delightfully in the air. With the wing folding mechanism of the full-size aircraft incorporated in the model it is extremely compact to carry around and assembly literally only takes seconds.

Purists may think that the rudder leading edge is not to the true De Havilland outline. All I can say is, take a look at a number of rudder shapes on DH aircraft and you will see a variety of curves and lines, mainly resulting from the doped covering distorting the structural members. However, if you wish to change the shape, please feel free to do so. If you wish to change the wing sections, incidences, balance points etc then, YOU ARE ENTIRELY ON YOUR OWN. We sometimes get letters from readers asking what would happen if they changed this or that. If you do not know the likely consequences, or are not prepared to find out the hard way, we suggest you follow the designers recommendations. This is why I always prefer to see the prototype model flying, or at least have some good photographic proof that it performs well.

Construction: Malcolm Harding did not supply detailed building notes with the design and nor are they needed. This is a convention design of structure incorporation many recognised building methods and materials. The numerous photographic illustrations will help to make clear the construction of all area. Malcolm even stripped off the covering of his model to show some areas that were not shown in the original 'before covering' photographs.

Wings: You are strongly recommended to use the folding wing mechanism employed on the prototype model, the alternative of plug-in wings will add enormously to the complexity of rigging for flight. Before you commence construction look carefully at the drawings, cross referring between plan and side views and the scale drawings until you have clear in your mind the structure and folding methods. Particular points to note are that ailerons are fitted to the lower wings only. with individual micro servos and that allowance must be made in the length of the aileron lead for the wings to fold back. Because of the hinge geometry of the wing folding mechanism there must be a little play..." 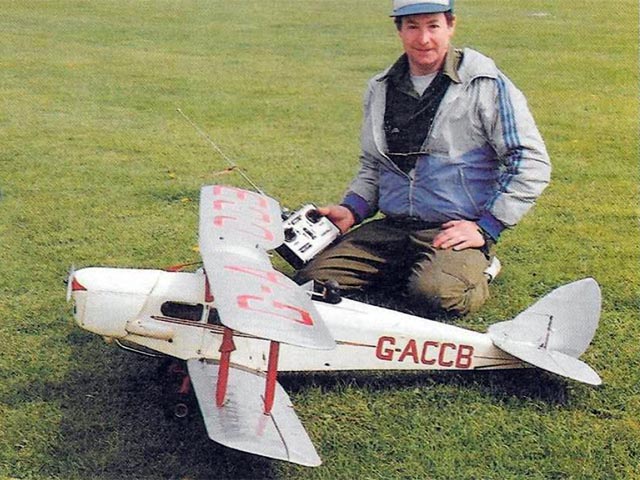