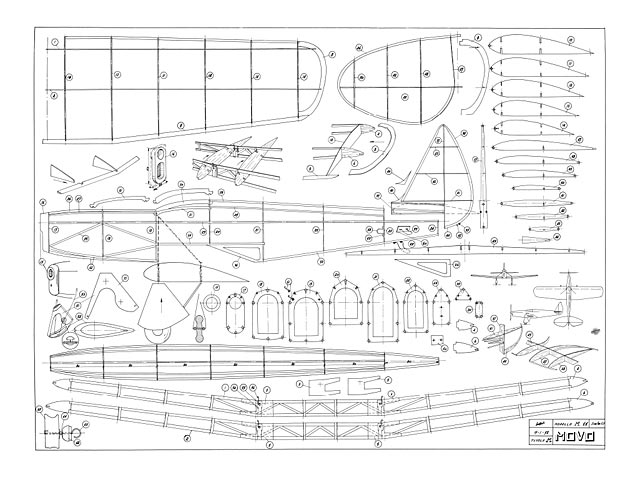 Note the MOVO M-11 plan appeared in 2 forms, which we are calling Early and Late. The early version (1936) seems to use ply wing ribs and a one-piece wing spar. The late version (1952) seems to use balsa wing ribs and a more complex (assembled) wing spar. There are other differences of detail between fuselage formers, fuselage crutch, etc. Parts numbering scheme is also changed. 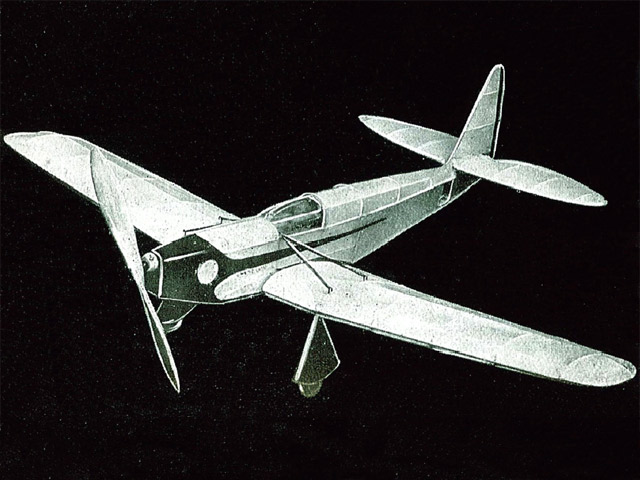