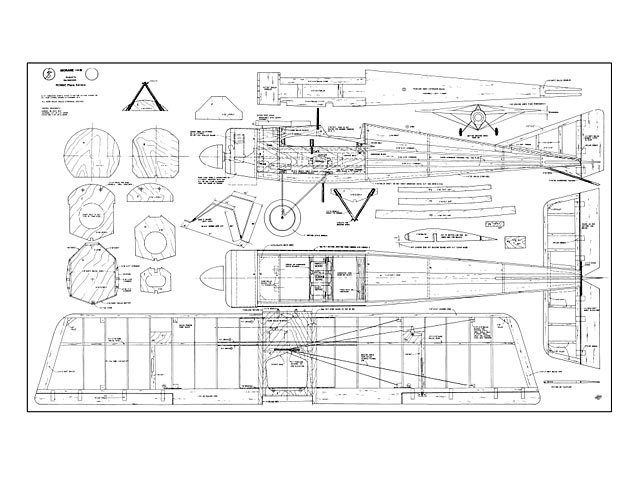 I spend a deal of my spare time happily looking through any book of vintage aircraft that comes my way, looking for interesting types that I think may make suitable subjects for flying models.

The Morane-Saulnier Type N, the 'monoplan de chasse' as it is designated in Jane's Fighting Aircraft of 1919, a French aircraft, caught my eye. It was powered by an 80 hp Gnome or Le Rhone rotary engine, giving it a speed of just over 100 mph and was extensively used by the French and British airforces between 1914 and 1918. The British RFC had four squadrons equipped with them. As a matter of interest, the type N owed much of its success to its forward firing machine gun, firing through the propeller arc. As this was before the use of interrupter gear had been adopted, the bullets that would have severed the propeller were deflected by angled steel plates bolted on to the blades. More than a bit crude but it seems to have been effective from what one reads.

For its age it is quite an advanced, almost racy looking aircraft and I thought that in model form it would be a bit unusual and should be a good deal easier to make, transport and rig up on the flying field than the usual SE5 and Camel types. Would it make a satisfactory scale model, I thought? Well not with that short nose and certainly not with that ridiculously small tailplane area, so how about a semi-scale 'look alike'? I lengthened the nose and increased the tailplane area, keeping everything else as near to scale as was sensible and the result is a plane that 'looks right' and flies better than I had hoped for.

Its flying capabilities came as a surprise. Due perhaps to the shoulder wing and the long moment arm configuration, the Morane-Saulnier is unusually easy to fly - in fact some consider it to be better than some trainers and it is almost vice free. The prototype was powered for some time with a well used OS FP 35 and while it flew it in a very scale-like way, the take-off was longer and the climb out too gentle for my peace of mind when
flying from small fields, so an OS 40 was tried. This is where the real surprise came, the plane turned out to be most aerobatic! Built as designed, it has a very light and rigid airframe that can be chucked around the sky in a most un-scale like way much to the delight of some of the more dashing types who have flown it. It is now powered with a Saito 45 4 stroke which is more than ample and makes it sound more the part.

Don't be put off by the small ailerons, they are effective and produce a lively roll rate. The small looking tailplane is effective too. It should be, it is almost double the true scale area; I just didn't dare risk that.

Fuselage: Cut the fuselage sides from 4 inch x 1/8 medium balsa and glue the doublers in place, 1/4 in at the front for the bulkhead, wing and undercarriage supports and 1/8 at the rear for the tailplane support - make sure of a left hand and a right hand side. While the glue is drying, trace off and cut out formers A and B on to 1/4 ply..." 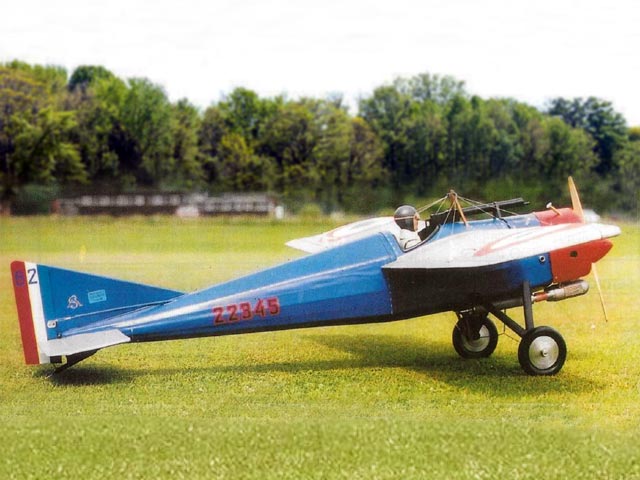