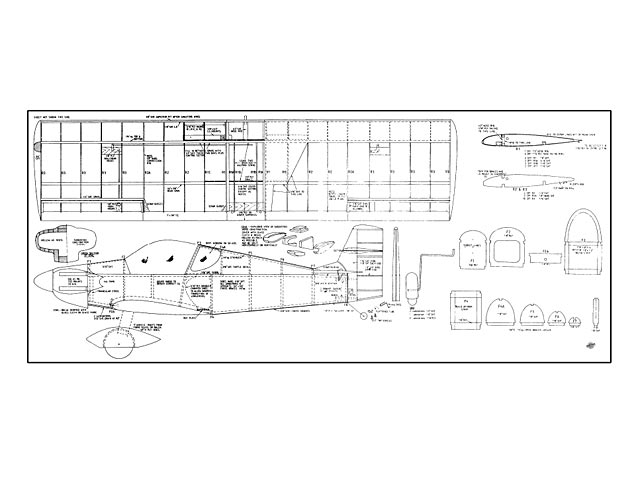 The Brugger Colibri is a Swiss designed homebuilt, the first aircraft flew in 1970 and by early 1976 about 65 were under construction in Europe, and at least three others had been completed. Today there are many more around.

Like most homebuilts Colibris vary, some do not have spats, other do not have cowled engines and there is at least one which has an angular turtle deck and the canopy is made up from flat panels. quarter lights behind the main canopy whileserthers do not. other do not. The Colibri has rather short couple lines and a stubby wing, yet still manages to look sleek and attractive, it also has very good proportions for aerobatics.

The model is built to 1/5 scale which gives a perfect size for 40 four-strokes, an OS FS-40 will make her perform most normal manoeuvres and certainly far beyond scale performance, I am sure no Colibri has ever performed vertical rolls.

Construction is very similar to my Druine Turbulent (oz10163) but the ailerons and tail surfaces are much simpler. Although the wings may look weak, they have withstood the odd cartwheel landing and the model has been dived at full power from a great height with no trace of flutter, in the end the cowling popped open like a clamshell which slowed the model down and stopped the engine.

Construction: The construction is so simple that these notes will tend to be a little on the brief side and will tend to concentrate on the more involved bits and the reasons behind the structural design. The model is light, it only weighs 5 lb 4 oz and it doesn't have the wing area to carry much more. A good .25 engine would fly it but any mare powerful engine would be too far from scale.

Fuselage: The fuselage is a box, the sides are 1/16 sheet with doublers from ply and 1/8 x 1/4 longerons and uprights. Chamfer the rear ends of the doubler to allow a smooth transition for the longerons.

The formers are from plywood at the front and built up at the rear. Cross braces are 1/4 in sq. Join the sides with F1 and F2 taking great care that all is square, any mis-take at this point will be impossible to correct later. Add the built up formers, join at the tailpost and add cross braces. This method of construction is light but adequately strong, the thin cross sections used for the longerons allow the fuselage sides to be bent at the cockpit easily.

The top formers and rear turtledeck can be fitted along with the rear cockpit floor. On the underside fit the piece of ply to take the tailskid and the bottom sheet-ing. Some people may prefer to leave the bottom sheet off until the radio equipment has been installed. Apply fuelproofer on the firewall and fit the engine mounts, it is almost impossible to fit them later. I used Sig aluminium mounts intended for engines up to .90, these are light and slim Tee mounts. However, the new Micro-Mold Tee mounts will do just as well and are easier to drill when fitting engine bolts.

Tank installation must also be done at this stage, although the tank can be re-moved temporarily when everything has been set up. The front Turtledeck can now be added. The cowl on the original was made in fibreglass, this meant making a male mould, and a female mould and then the cowl. The male mould was made from balsa, and quite honestly, if it had been hollowed out it would have made a good cowl itself..." 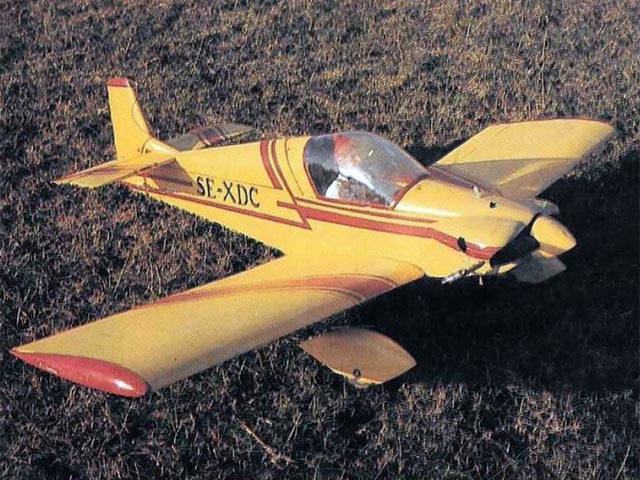