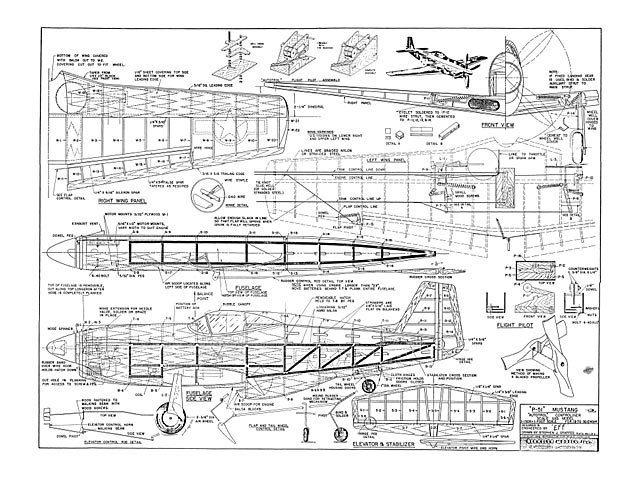 Quote: "North American P-51 Mustang control line flying gas model kit of the famous fighter & Bendix Trophy race winner, for precision flying with .19 to .30 engines. 37 inch wingspan. The first and last word in control line gas models. A construction kit complete in every details, that will satisfy the most advanced and exacting model builder. Designed and engineered as a precision model with all the action and thrills of flying the full scale fighter."

Quote: "Steve & Mary, I attach the plan for Bill Effinger's 37 in span P-51 Mustang (kitted by his company Berkeley in the late 1940s) and a photo of the second sheet, which had construction renderings and building instructions. It would be wonderful if someone could contribute a scan of the second sheet.

For Xmas 1953 Santa (my sister was just 6) brought me this kit, along with a Fox .35 engine (which I still have, now on a Sterling Ringmaster). I remember pouring over the intricate mechanism for the flaps and retractable landing gear. A fascinating and complicated set of springs, linkages and mahogany bellcranks and horns raised and lowered the LG and flaps. A separate innovation, called 'Autotrol', of mahogany ply, rubber bands and a counterweight adjusted the rudder offset to keep the control lines taut. Berkeley kits were noted for their excellent plans and notorious for their materials and die-crunching. I can still remember rust flowering on the wire parts - the black coloring offered no protection against corrosion.

The kit was way beyond my skill set, so I didn't build it and I can't remember what happened to it - maybe it got trashed when we moved the next year. I'd love to get another kit if for no other reason than to drool over the linkage scheme for the flaps and retracts. Great memories! Anyone have the second sheet?? Keep up the great work!" 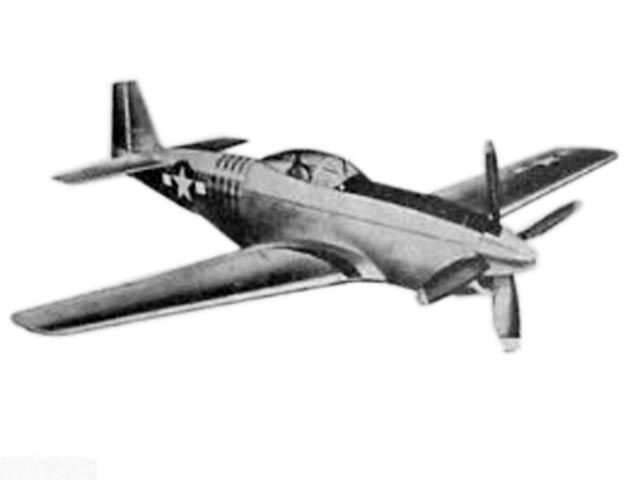 Hello, Nice plan. This is a new addition to my Berkeley plans collection.
One issue: What do you mean when you say
"It would be wonderful if someone could contribute a scan of the second sheet.". I think it would not be difficult to scan this sheet the same way you scanned the original plan. I think it is of utmost importance to have these instruction drawings for such a complicated model.
If it is not possible to get it scanned, then a really nice photo can help to restore it. I can do that if you can provide me with well shot picture, the sheet as flat as possible and the camera pointing towards the center of the plan. If I can help in any way, let me know.
Best wishes,
Eduardo Barriga - 05/11/2019
I think what DPlumpe means is that he does not possess the 2nd sheet, and he only found a photo of it online.
SteveWMD - 05/11/2019
Add a comment