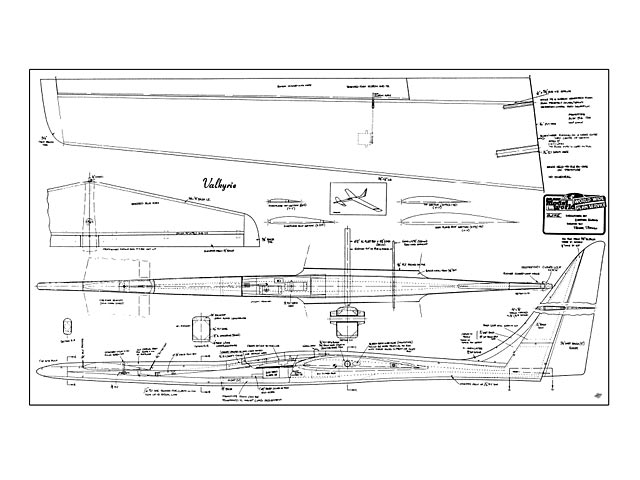 Quote: "Every club and organisation has its quota of special people - those larger than life characters that stick out of the crowd. Well Derek was definitely one of those special people within the MVSA, always full of ideas, quick off the mark with those remarks which made up the fun of club meetings and slope side banter. He was a great mate and his sudden death in a car accident was a very great loss to our club. Derek was renowned for his own-design models and you would find him launching planes which did all those nasty things we all dread, like sticking in the ground about 20 feet from launch, flipping up and sagging back to terra firma. Derek was never perturbed - out with the cyano, playwith the CG, throws, etc - and off again.

Almost immediately after Derek's untimely departure it was decided, by the MVSA, to change the club's annual Best Own-Design Trophy into the Derek Evans Trophy, especially as Derek was always keen on this competition.

So this article and the drawing up of Derek's Valkyrie is in tribute to a smashing chap and is presented with the blessing of Derek's wife who has supported our efforts - thanks Elaine.

Strangely, until our recent session to get some flying shots of the Valkyrie for this article, I had not actually seen it in the air other than in some pictures Derek had shown me at a club meeting as he usually
only flew on weekdays. Being in the 'print' in Fleet Street, he used to work odd hours compared to us more normal types, so I rarely saw him personally on the slope.

The idea of a plan of Derek's Valkyrie was initially brought up at a club meeting. Being a draughtsman myself, and having been known to make odd drawings for the Technical Tips in our MVSA Newsletter, it seemed that I was committed before I could refuse, but in fact I felt it rather an honour. Eventually Dick's mate, Peter Reiden, brought the model down from Farnham, and we discussed some of the basic construction, aerofoils, incidences etc. It was then I realised that I had taken on something quite difficult - trying to fathom out someone else's model when that someone was sadly no longer with us..." 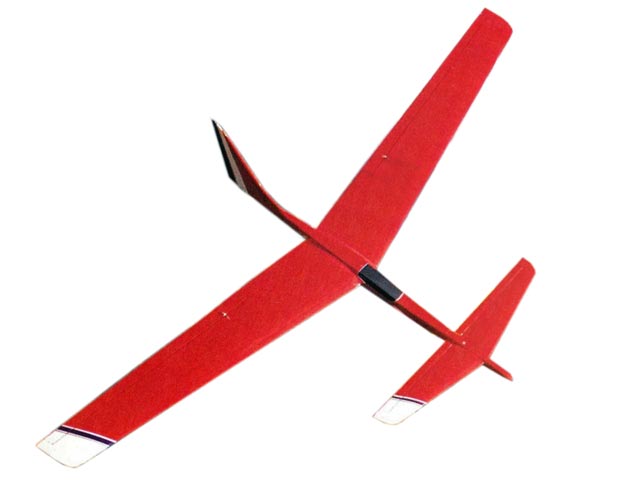