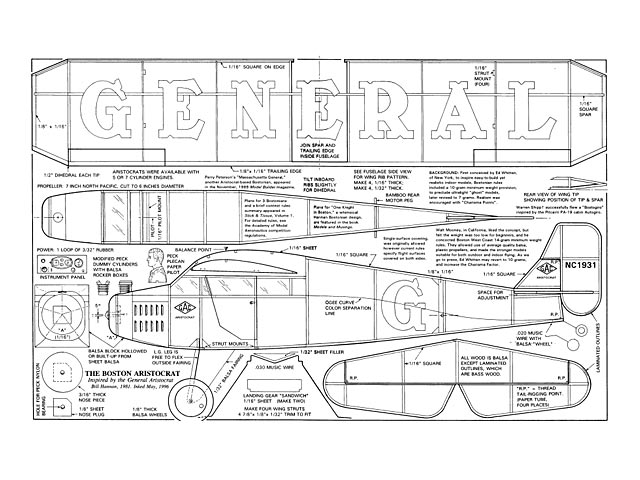 Quote: "Background: First inspired by Ed Whitten, of New York, to inspire easy to build yet realistic indoor models, Bostonian rules included a 10 gram minimum weight provision, to preclude ulta-light 'ghost' models, later revised to 7 grams. Realism was encouraged with 'Charisma Points'. Walt Mooney, in California, liked the concept but he felt the weight was too low for beginners, and he concocted West Coast 14 gram minimum weight rules. They allowed use of average quality balsa, plastic propellors, and made the stronger models suitable for both indoor and outdoor flying. As we go to press, Ed Whitten may revert to 10 grams, and increase the Charisma Factor.