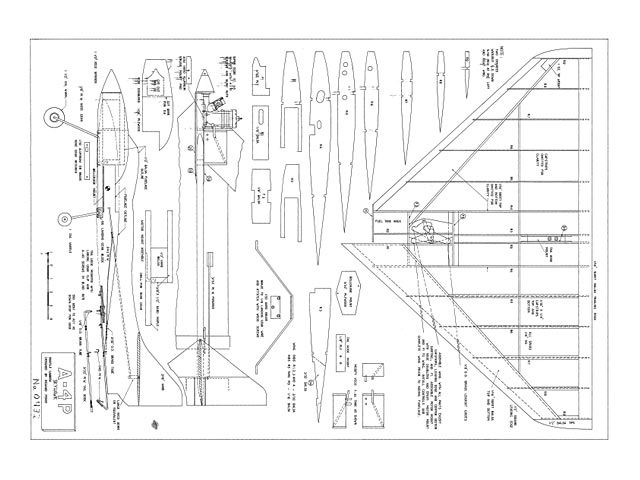 Quote: "When the Douglas A-4 Skyhawk was featured in the September 1971 issue of AAM, I was thinking about a new Profile Carrier plane to replace my veteran of the past season. I had thought about the Skyhawk before, since many Navy TA-4s come into Williams AFB, Arizona, where I am stationed, and the design appealed to me. The A-4 article and three-views convinced me that was the way to go.

My previous ship had been built to test my ideas on Profile Carrier design. My theories were apparently sound since that model received four firsts and one second out of six contests entered, but that model was not patterned after any particular Navy plane. In fact, it was downright ugly, and I always felt a touch of shame when seeing some of the other profiles that looked like real airplanes. With this touch of shame and my theories in hand, I set out to design the A-4P ('P' for profile). A quick glance at the plans shows that the wing and fuselage are not built to the same scale relative to the real aircraft, but the plane is easily recognized by anyone familiar with the real Skyhawk.

Since Carrier flying consists of both high speed and difference between high and low speed, there are two routes to increased scores: Increasing top speed or reducing slow speed. Improving top speed with the same slow speed capability will result in a four-point increase in score for every mile per hour added. Decreasing slow speed will result in only three points gained for every mile per hour decrease. Additionally, consider that a one mile per hour change in speed amounts to just over 1% change in top end but is more than a 4% change in slow speed. For these reasons, I like to concentrate on high speed and let slow speed come as it will. A look at the scores for the top finishers in a Profile Carrier event will usually show that slow speeds are fairly consistent while the top speeds determine the winners. This is particularly true on windy days when slow flight is most difficult.

In the scale Carrier classes, speed is determined largely by the engine; in Profile, however, engine differences are fairly well legislated out. About all that can be done for a plain bearing 35 is to free up and polish the main bearing and mount the engine as securely as possible to reduce vibration. With engine differences reduced, the airplane is the next choice for increasing top speed. This is done by reducing drag and weight.

Since much of the high speed run depends on acceleration, the lighter model has a definite advantage. Additionally, a lighter model should be able to fly slower since the wing will have to produce less lift. Selection of wood is very important to reducing weight. In the A-4P the only medium weight balsa required is in the center ribs (R3, R4 and R5), the leading and trailing edges..." 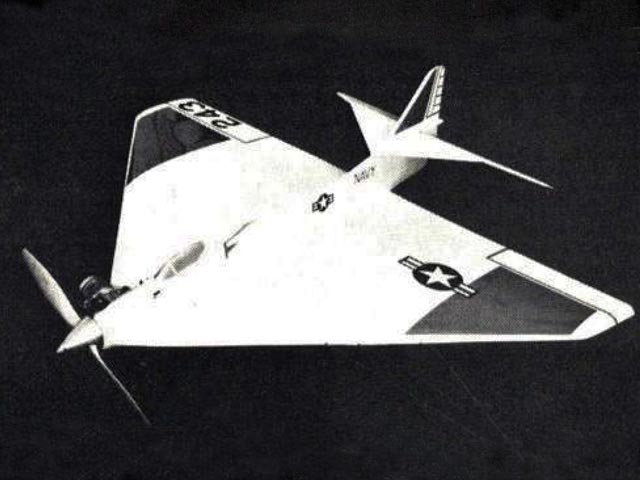