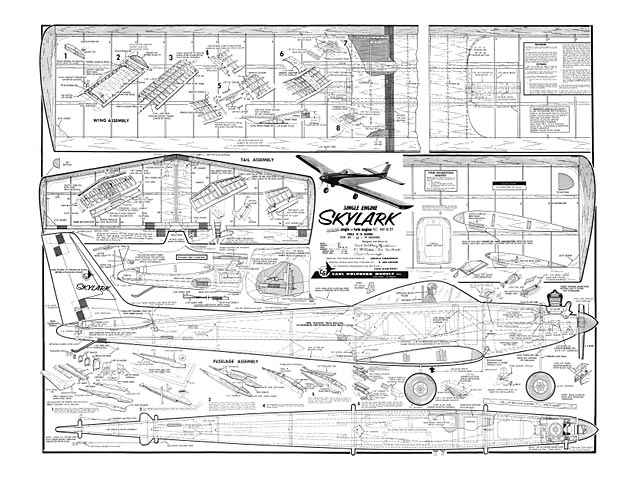 Note the Skylark 56 (oz1842) plan has been up on Outerzone for some years now, since 2011. This here is an interesting variation - an earlier version (presumably, the first ever version) of the Skylark 56 plan, for comparision.

A check between the two plans shows differences such as the amount of dihedral used (6-1/4 inches here, 3 inches on the later plan). Also plywood wing joiners used later, replacing the balsa used in the early plan.

Note we are continuing to link to the later Skylark 56 (oz1842) plan as the primary listing of the Skylark design.

Quote: "Here is a copy of the original Carl Goldberg Skylark plan for a .09 to .19 engine just to round out your database."

Note this plan scan is greyscale, at 100 dpi. 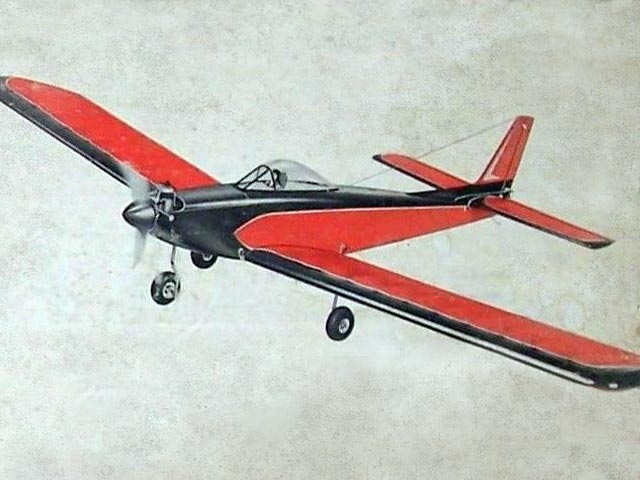 This plan of the Skylark is, as correctly stated, just an update of the original kit of the early 60s. No twin version plans which is a pity. It was printed on the back side of the plan of the first production run of the kit.
I built one, single engine, about 40 years ago. Had a Torpedo Green head .35. Flew beautifully but had the tendency to "flat spin" I wrote to Carl and he told me to increase the rudder area. It helped but not completely. That is why on the final production Skylark, he completely modified the back section of the fuselage. Still a sleek beautiful model with good performance. It is a "one day" build but twin engine with a couple of ASPs .12.
Best wishes and greetings from Colombia.
Eduardo - 14/10/2019
Added some super Skylark 56 photos, thanks to htwist [more pics 003-006].
Mary - 11/07/2020
Add a comment