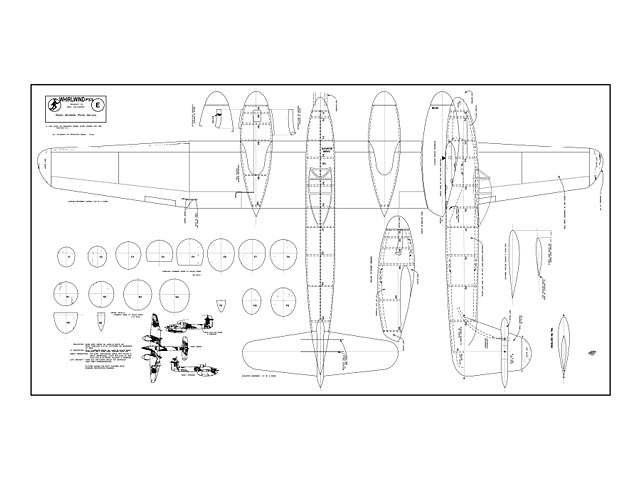 The Westland Whirlwind was first conceived in 1938 under an RAF directive for a long range fighter with heavy armament. The four 20mm Hispano cannons gave the aircraft tremendous firepower and was a quantum leap over rifle calibre guns of the day. Unfortunately the aeroplane was designed around very indifferent power units, namely the Rolls Royce Peregrine which had very limited potential for development and was a low altitude engine which would cause concern later for the Whirlwind's altitude limitations. That said, the aeroplane had virtually no peers at low altitudes, its initial climb rate and turning and manoeuvring abilities were better than even the famous Spitfire or Hurricane.

It was very fast in a dive and also very stable at tree-top height due to its excellent aerodynamics, being almost unaffected by ground effects. One test machine was nicknamed 'Crikey' by the local residents of its home airfield, due no doubt to the alarming effects of the aeroplane appearing over the roof tops travelling at maximum speed!

From all the pilots who flew the aeroplane there was hardly a bad word for it; being a twin it gave all pilots confidence in getting home safely. That, coupled with excellent visibility and massive firepower, made the Whirlwind a very nice aeroplane indeed. Sadly the Airforce chiefs did not echo the pilots' sentiments for reasons unknown, and pressure by Hawker & Supermarine for more Merlin engines from Rolls Royce caused the termination of the Peregrine programme. The Whirlwind squadrons were relegated to 'Rhubarb' missions at which it must be said they excelled, harassing trains and shipping in the channel and across the low countries.

The Whirlwind was not without problems but most came from the almost total lack of any serious development work by the manufacturer and the failure by the Airforce Chiefs to recognise them and the aeroplane's potential plus their lack of any commitment to the project. All together, these factors plus the demise of the Peregrine engine brought about the end of one of the most aesthetically pleasing aeroplanes of the war years.

Construction: The first and most important thing to say is wood selection. Mine was built using very soft or light 3/32 sheet for most of the fuselage. This does pay dividends in the end as lightness and ease of construction are the order of the day. Cut out all fuselage formers and mark on vertical and horizontal centre lines. Pin down top and bottom crutches to the plan using 1/8 or 3/32. Cut the formers down the middle along their centre lines and glue to the crutches using cyano as per sketch. Commence planking up from the edges..."

Update 02/06/2021: Replaced this plan with a clearer version (redrawn from scratch) thanks to TonyP.