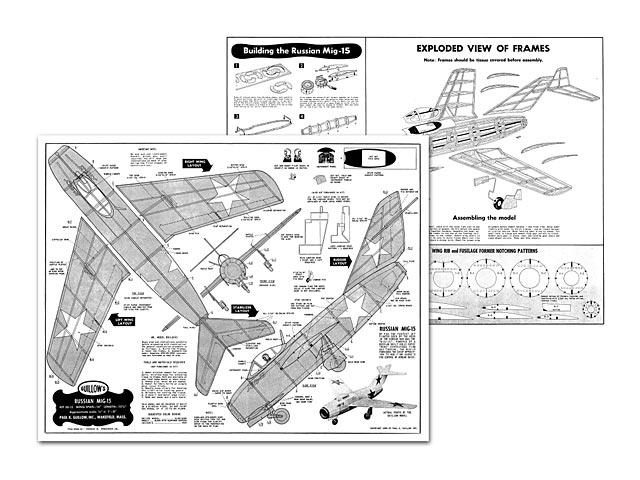 Quote: "By far the fastest jet fighter used by the Reds in the Korean War was the Mig-15. Powered by a Russian built Rolls Royce 'Nene' centrifugal flow gas turbine, the Mig-15 furnished the chief opposition to our F-86 Sabre's for control of Korean skies." 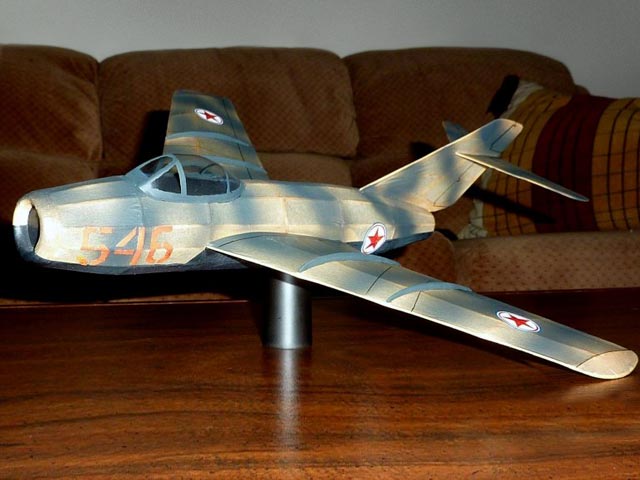 Here's a real piece of history, Guillow’s Mikoyan-Gurevich MIG-15 from 1954 [main pic, 003-007]. If you haven’t yet constructed a model jet, the simplicity of this design just begs to be built! The 16” wingspan is deceptive (sweep-back) because it is in actuality a fairly substantial model. This aircraft served as a genuine wake-up call for United Nations forces, emphatically demonstrating that jet combat was now the norm. While "dressed" in night-interception scheme and bearing North Korean markings, it could have indeed been flown by Chinese or even Russian pilots. The MIG-15 truly raised the stakes of aerial warfare.
Model is easily adapted for either pusher or tractor power…no CG shown on plan. Fun to build and fly, the MIG is an attention-getter for certain.
Thanks again, Steve and Mary!
Neal Green - 08/06/2020
Add a comment