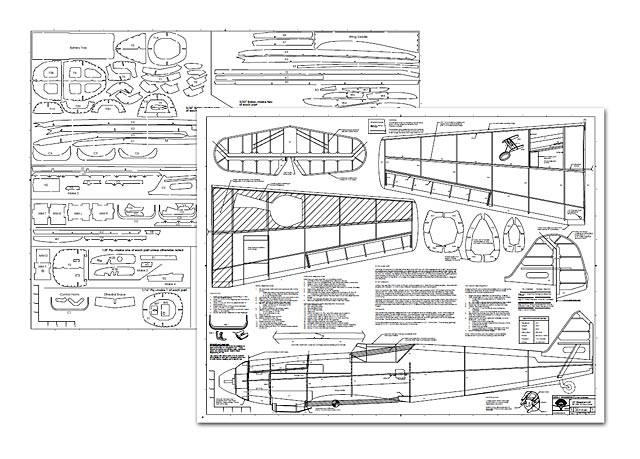 Note this plan is a free download available from the Model Aviation site at http://www.modelaviation.com/bf109-intro where it appears along with links to the full build text (in 3 parts) and some great build pics. Also a free download of the plan in tiled format.

Quote: "When introduced in 1935, Willy Messerschmitt’s Bf 109 was nothing short of revolutionary. Luftwaffe pilots were initially wary of the high wing loading, the side-hinged canopy, and the narrow track of the
landing gear.

Some of their fears were well founded. For instance, the landing gear arrangement that greatly simplified manufacturing and maintenance also contributed to thousands of accidents. But after pilots such as Ernst Udet embraced the little hot rod, the Bf 109 began shattering speed and agility records at the great prewar air meets of Europe.

By 1945, the Bf 109 was the preferred mount of many of the Luftwaffe’s top aces, including the highest-scoring ace of all time - Erich Hartmann, with 352 victories. Repeatedly upgraded, the 109 was in continuous production throughout the war. Nearly 34,000 were completed, including license-built models in Spain and Czechoslovakia - more than any other fighter in history. Incredibly, the last operational mission for the Bf 109 was in 1967 in the same Spanish skies where it first saw combat in the 1930s.

The early variants of the 109, from the 'V' prototypes through the Bf 109E or Emil, can be distinguished from the later marks by their square wingtips. The earlier variants also tended to be aerodynamically cleaner, as various bumps and bulges were added from the Gustav onward to accommodate the heavier weapons that they carried. Many builders prefer the battle-hardened Gustav, but I find the earlier variants sleeker and more appealing.

If the clean lines and historical significance of the Bf 109 aren’t enough of an attraction, there are also myriad paint schemes for consideration. These range from the aircraft of the Condor Legion in Spain, to those that battled over France and Britain, and to the aircraft stationed in North Africa. If front-line schemes don’t turn your crank, there were several colorful, polished, prewar racers that are bound to turn heads at the field.

The Plans: Several years ago, I designed a park flyer model of the early Bf 109 with a 30-inch wingspan. The design was in the Free Flight style: stick-and-tissue-type construction with lightweight electronics. To keep things simple and lightweight, this little Messerschmitt was a belly lander without any landing gear.

This 30-inch 109 flew so well that I scaled up the design to a 45-inch wingspan. The enlarged version retains the same structure, but with some upgrades. Because the heavier 45-inch model would be more prone to damage on a belly landing (that big chin scoop is dying to eat up some dirt), the wing was redesigned to include accommodations for servoless retracts.

The bigger plans are introduced here as a free download from Model Aviation’s website. Like the 30-inch Bf 109, the 45-inch version is available as a short kit with a plastic canopy and front cowl. The kit includes parts to build the larger chin scoop of the A through D models.

The 45-inch plans also include outlines for the chin and underwing scoops of the Emil, should the builder choose to model this variant. For builders who prefer to cut by hand, the parts’ outlines are included as a second sheet to the plans.

The construction of the 45-inch Bf 109 will be the subject of this three-part series. We’ll get through most of the framework in this article and move on to the internals in the next installment.

Construction: The design of this model and the techniques used to build it are very similar to the Miles M.20 (oz11572) that was covered in detail in last year’s 'Construction Series.' This series will continue in the same fashion. I’ll spend more time on general balsa-building techniques than the traditional step-by-step build instruction format.

For techniques already discussed in detail, I’ll refer the reader to a 'Construction Series' article when appropriate. These articles can be found on the Model Aviation website..." 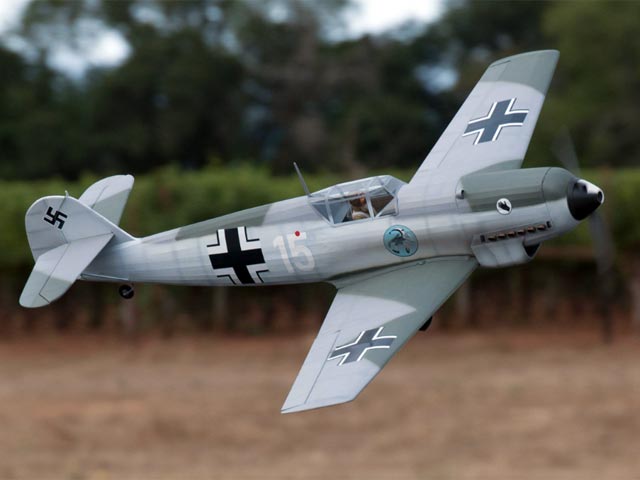