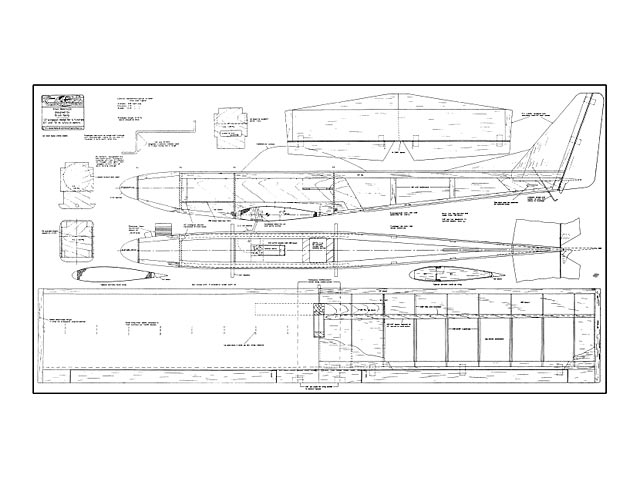 I originally designed this model about seven years ago when, having learned to fly with a Tauri (oz5162) trainer, found that at that time there was not a suitable follow on low wing model available in the .40 motor range. Not wanting to jump up to the Bullet type of model, I decided to develop my own.

The original prototype was basically a Tauri with the wing moved down and the tailplane moved up. This flew quite well but I was not happy with the 'balance' of the model's flying qualities - the long wing/short fuselage gave a slow roll rate and a twitchy elevator. The evolution process then started, in that I built a second model with shorter wings/longer fuselage and reshaped tailplane which flew much better.

The plan shows the Mk3 version which includes further minor modifications, the only remnants of the original Tauri influence are the wing section and the fin/rudder shape, the remainder is all new. Various versions of this final mark have been produced with either built up or foam wings and with tricycle or tail dragger un-dercarriages. Power units have ranged from .30 (docile) to .61 + pipe (wow!) two strokes mounted inverted, sidewinder or upright, and more recently with a .40 four-stroke. The most used engine has been a .40 two stroke side mounted, giving a good all round performance and this is shown on the plan. There are now several kits about on the same basic lines as the Pink Panther, but as far as I know not a plan available. As this is intended to be an intermediate model I have kept the construction simple yet tough - mine have survived some incredible 'arrivals' and either bounced or been easily repaired - it is thus a proven design!

Flying: I have no doubt that most of you, like myself, when reading one of these constructional articles turn first to the 'how it flies' section to see if its worth reading the rest. Well, to save you the trouble, I have put this interesting bit first!

With modest power and reduced control movements this model is as docile as a pussy cat, and (using reduced rate switches) has been flown by novices barely able to fly a trainer. Under these conditions it is in fact very similar in control response to a trainer, the only basic difference being the need for a touch of opposite aileron after a turn to straighten up the wings, and it is in fact far easier to fly on ailerons than some well known trainers using rudder.

With more power and increased control throws the Panther comes to life - it will loop or bunt with equal ease, rolls nice and axial, stall turns, flick rolls, etc - all are possible. Inverted is as easy as right way up, including inverted pylon turns and spins - all in all a very interesting model to fly that is as demanding as you wish to make it. Its only real limitation is prolonged knife edge flight - but then it is supposed to be an intermediate model! One final point of interest is that it will not stall; with closed throttle and full up elevator it simply descends at about 30° nose high, with ailerons remaining effective all the way..." 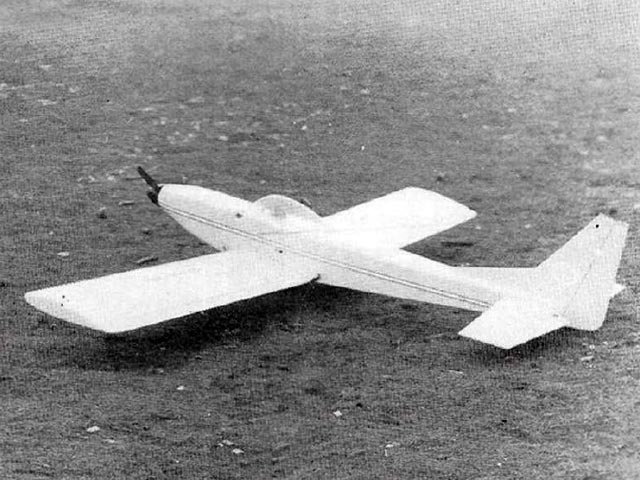