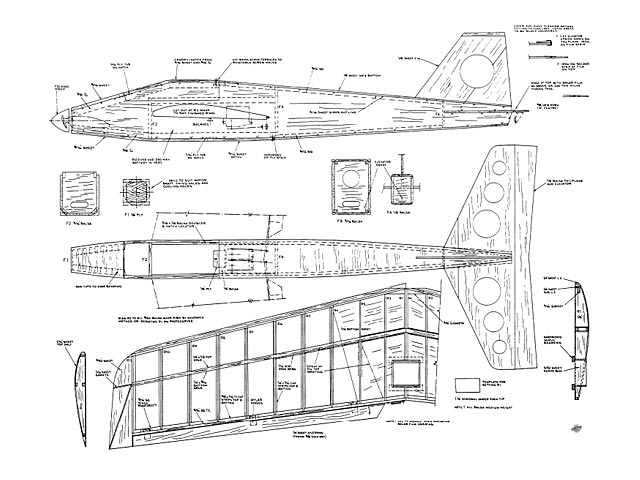 Quote: "Roger Unitt's electric sports/aerobat is ideal as a small, fun model. Designed for a Graupner Speed 600 and two to four function radio

It was about two years ago that I first I decided to try electric. On looking around, the most successful models seemed to be electric gliders but I wanted to try a sports/aerobatic model and a light model with a reasonable wing area seemed to be the right way to go. Electric 1 was designed around a wing that I had previously used for a BAC Hawk slope soarer in 1986. The wing had survived the rest of the model and a subsequent model powered by a Mills .75. An old buggy motor was used but this has now been replaced with a Graupner Speed 600 (surely the best value in electric flight at around £6.00?).

The prototype, built using medium/light balsa and covered with Solarfilm, weighs 13.5 oz empty. With three S148 servos, a 7.2 volt motor battery and a 250 mAh Rx battery, the all-up weight is less than 2.5 lb.

The model will fly on 7.2v 1200mAh batteries but I now use 7.2v 1400mAh SCRs. It has also flown from the slope in this form, with the motor switched off provided that there is a reasonable wind. With two function radio only, AUW would be less than 1.5 lb, requiring only moderate winds on the slope. Maybe someone will build '1' in this form?

With the swept, tapering wing, Electric 1 is best flown fairly fast. If you forget the washout, it will drop a wing in slow turns.

For those of you who have considered trying electric flight as well as for those who haven't, just think - no fuel, no starter motor, no starter battery, no glow clip; in fact no flight box! Just a model in one hand, a transmitter in the other and a couple of spare batteries in your pocket - why not try '1'?" 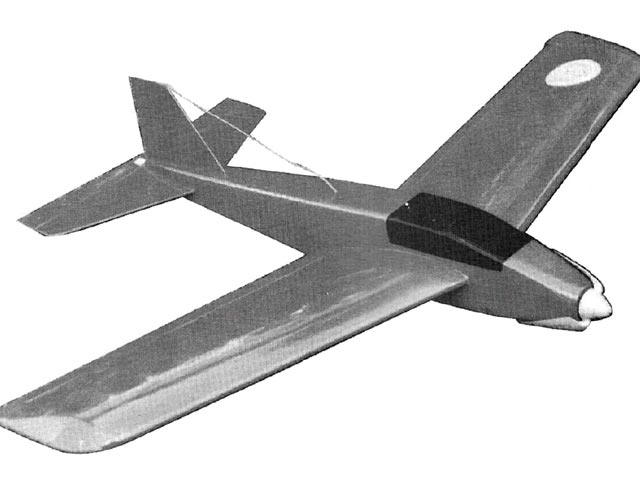