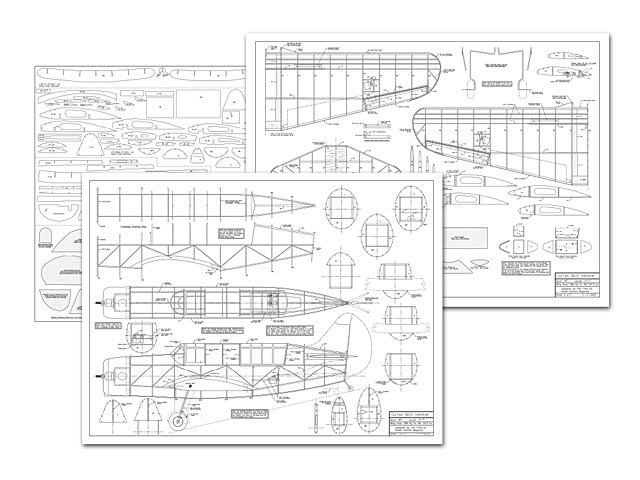 This plan is a free download available from the Model Aviation site at http://modelaviation.com/curtiss-helldiver-plans where it appears along with full materials list, complete build text and some build pics. Also a free download of the plan in tiled format.

Quote: The SB2C Helldiver was a dive bomber designed by Curtiss to replace the aging Douglas Dauntless. The Helldiver was developed in 1940 but suffered setbacks until it finally entered service. The early design was underpowered, handled poorly, and was not well accepted by those who flew it.

After nearly 900 changes in design and production, the Helldiver entered service in late 1943. The 'Big-Tailed Beast,' or simply 'the Beast,' among other names too colorful to mention here, proved itself a capable warrior with a fine combat record in the final two years of World War II.

Armament included two AN/M2 20 mm cannons in the wing, two 7.62 mm machine guns in the rear cockpit, 2,000 pounds of bombs or a single Mark 13-2 torpedo in the weapons bay, and 500-pound bombs on the underwing hard points.

The Model: The purpose for building the Helldiver was to offer a tribute not only to the crews that manned and maintained these airplanes during the war effort, but also to those stateside who built them. Without their efforts, the crews would not have had airplanes to fly. To them, I would like to offer a big debt of gratitude.

The model was designed with a 48-inch wingspan at 1:12.5 scale. The idea was to provide a simple park flyer-style model that could be built and flown by anyone with intermediate modeling and flying skills, was large enough to fly well, yet would be easy to transport.

The model is primarily built from balsa and plywood. The fuselage features an internal truss frame with external formers and stringers, and the wing is of egg-crate-style construction.

Guidance is four-channel RC with power provided by an economical brushless outrunner motor powered by two battery cells. Access to the internal components is through removable canopies on the front and rear cockpits. The wing is also removable.

Meanwhile, don’t let the full-scale Helldiver’s checkered beginnings scare you away from pursuing this project. The model is a solid, stable flier that can be flown easily by anyone with some low-wing experience.

Building the Helldiver: Full-size patterns are provided to cut out the shaped parts. A list of additional materials is also provided on the plans, along with the full-size bowing patterns. To aid less-experienced scratch builders, a laser-cut parts and plastic pack is available from Manzano Laser Works.

Construction begins with the various subassemblies. Start by bowing up the laminated outlines using the forms made from foam board. Bend the landing gear struts to shape and make up the landing gear mount blocks. Fit and glue the stiffeners in place on formers 7A, 8, and 11. Finally, build up the wing spars according to the detail drawing provided.

Tail Section: Begin by building up the vertical stabilizer assembly directly over the plans using the part numbers and wood sizes shown. Shims are used to center the leading and trailing edges (LE and TE) on the ribs. Remove the assembly from the board and sand to an airfoil shape.

Fit and glue the tail wheel strut in place as shown. Cut in and dry-fit the hinges and drill the hole for the toothpick control horn. Build the horizontal stabilizer in the same fashion.

Wing Assembly: Cut the left- and right-hand wing panel drawings from the plans and tape them together at the centerline. The wing is built directly over the plans beginning with the center section. Fit ribs R1 and R1A onto A1 and A2 and pin in place over the wing plans. Fit and glue WBP in place followed by the TE. Laminate the LE (inner) together and, using the 3/16-inch wing hold-down dowel to aid with alignment, glue the LE in place..."

Note for reasons unclear, the plan files available for download on the page http://modelaviation.com/curtiss-helldiver-plans are of enormous filesize, ie sheet #1 is over 61MB. Here we have reduced the filesize slightly, to a total 1.2MB for all 3 sheets. 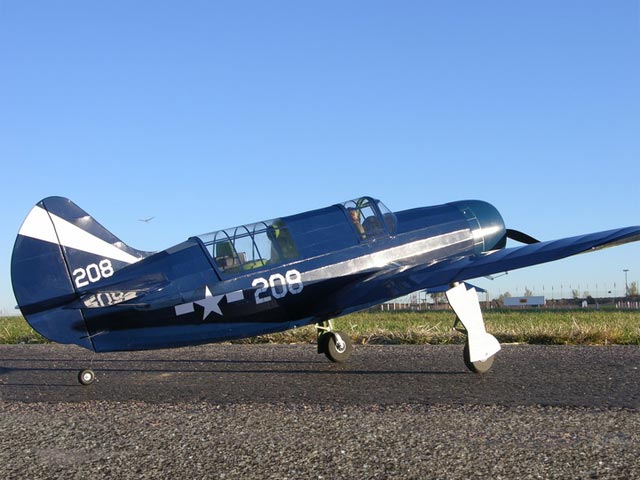