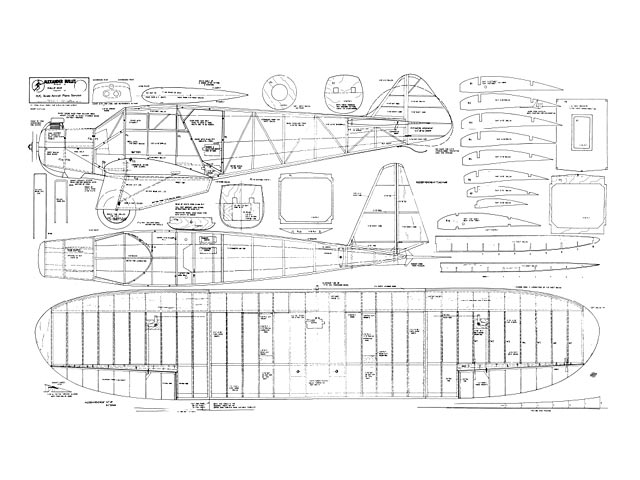 Quote: "A rare American subject for a 63 in wing span model, powered by 40-60 engines and suitable for 4-5 function radio. Alexander Bullet, by Phil Kent.

THE TIMES FOR FLYING on our club flying field had been dramatically reduced as a result of having to apply for planning permission. Electric models and gliders were of course exempt from these restrictions so thoughts turned in the direction of electric power. At the time I was looking for an aircraft that could be used as a mount for a five cylinder OS Sirius radial. One of the aircraft that I had looked at was the Alexander Bullet. A smaller version for electric power seemed a good idea. Plans were drawn up to a suitable size so that I could use some 4-5/8 in dia William Bros Golden Age wheels that just happened to be in stock.

How is it then that the model presented here is powered by a Laser 50 four-stroke? The simple answer is cost. I could buy a couple of Laser 50s for the equivalent electric motor, charger and battery packs that would be required for quality electric powered flight. The Laser 50 was chosen because it was the shortest four-stroke around for its capacity and I have always been very pleased with my other engines from this manufacturer, As it has turned out I feel that the model could have been built to 1/6 scale 72 in wing span still using this same engine.

The original model was based on the mysterious one-off X771 H full size aircraft. The model was built in rather a hurry since I wanted to have it ready for Old Warden Scale Weekend. This was the reason for choosing X771H, it had a very simple all over silver finish with only the registration numbers and letters to add. The model flew for the first time at Old Warden and was then used for air racing at Liverpool where it finished joint second in the King's Cup. The model was badly damaged due to a faulty servo a week later but it is now well on its way to a full recovery.

Construction: Wings and undercarriage I managed to build the Bullet in a couple of months which included drawing up the plans. The structure is pretty straightforward except for the outer wing panels. As can be seen from the three view drawing the outer panels are unusual in that they are straight along the top surface and are curved on the undersurface when viewed from the front.

The outer panels use full depth spars and packing pieces which should enable the panels to be built without too much difficulty. There is a full description of this interesting construction in the October' November 1990 issue of this magazine. The centre section is more normal with 1/4 in square spars and a D-box sheeted leading edge. The trailing edge is hard 1/16 balsa and all the ribs are capped. The undercarriage bolts on to plywood panels in the centre section using standard commercial nylon clamps. The final length of the legs is determined after fixing. Brass tube axle brackets are soft soldered in place, with the wheels in position, so that they can be correctly aligned.

The undercarriage fairings are built up using 3/16 sheet for the top and bottom. 0.4mm ply is used for the rear part and litho plate for the rounded front. The full size aircraft employed both the fixed version with trousers or a simple rearward retracting unit..." 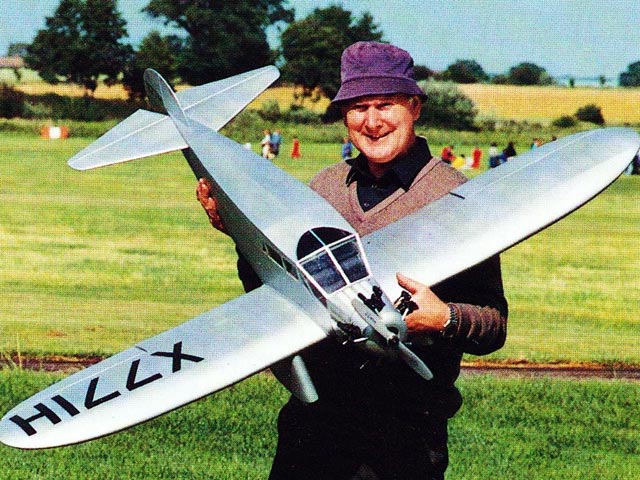 Wasn't there supposed to be a fin&rudder somewhere or is this a tadpole losing its tail on its path to froghood? Jeez, prepare for a wild ride! I suggest building a (rather) larger fin + rudder in 1mm plexiglas or something of the kind and stick each side the balsa structures per plan. The plastic thing will be unobtrusive and keep your blood pressure low.
Miguel Morao - 16/08/2019
Add a comment