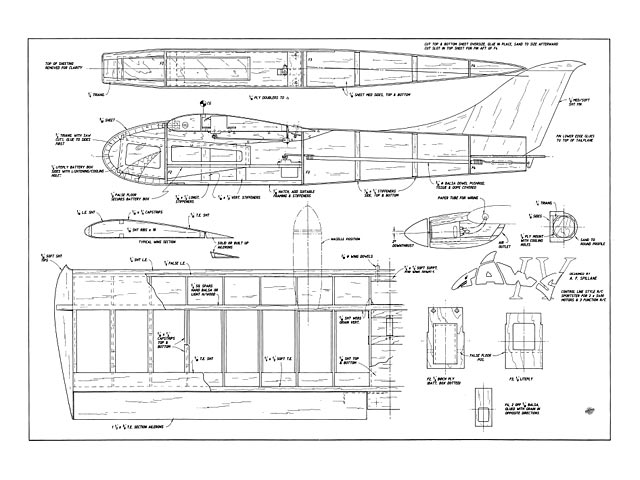 Quote: "With the hooligan phase over, the socially conscious era dawned, with JAWS-4, This was to be an electric powered version; quiet, compact, and easy to fly - all that woolly jumper stuff. Mind you, I was still reeking of 30% nitro, so I wasn't going to let 'electric' mean 'no performance'. From the weight analyses of the previous JAWS, I knew I wanted a certain wing loading, yet felt that a single Speed 400 would not give me the go I wanted. Suddenly, the idea of a twin seemed exciting, and an electric twin is so hassle-free to fly! The sums showed that I needed a little more wing area whilst a flat bottom wing section would help carry the weight with less drag. Well, go it certainly does - probably as fast if not faster than JAWS-1, which in turn is no slow-coach. It really does feel like IC performance in an electric plane - its aerobatic performance is that good! It also glides fast but flat!" 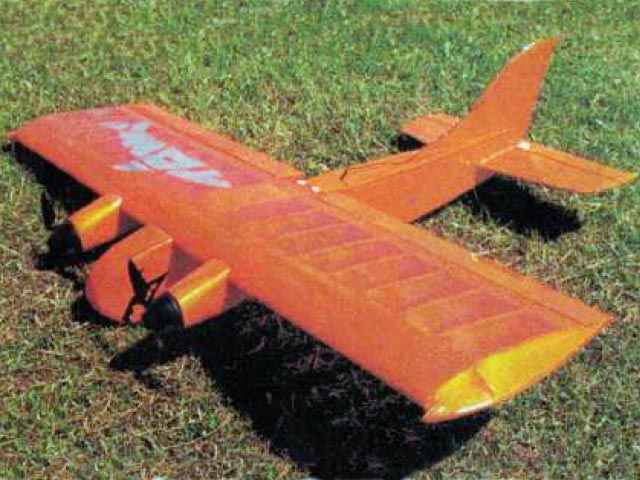