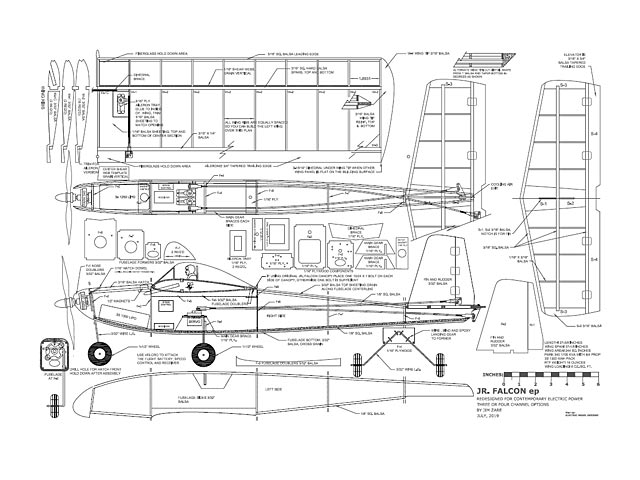 Quote: "I first scanned and created a CAD file of the Junior Falcon in 1999. This model used a Speed 400 and Nicads. It was 3 channel and flew great. A number of people bought the laser cut parts under the Electric Model Design brand. I still have one of the Speed 400 models. In 2011 I redesigned the Junior Falcon for outrunners and Lipos. The model shown below (White Stab) uses a Eflite Park 340. After several seasons of flying I am tweaking it by adding a magnetic hatch and a bolt on wing just like most of my other sport models. No more rubber bands. It will be easy to put this model in the car and get a few flights in those calm summer evenings. The 4 channel version cruises at 1/3 throttle, loops and rolls at half throttle and is quite fast at full speed. I do mix some down elevator with throttle. With the motor stopped the Junior Falcon has a slow graceful glides just like the original. I do retain dihedral." 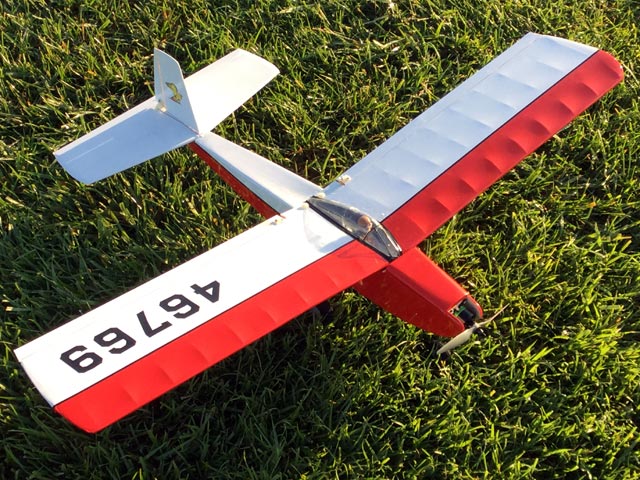 Laser cut parts are available from Bob Holman, see http://www.bhplans.com/
Jim Zare - 10/08/2019
Thanks for providing Outerzone! I am attaching a couple of photos of my Junior Falcon plan, to add to that page.
Jim Zare - 05/12/2019
Add a comment