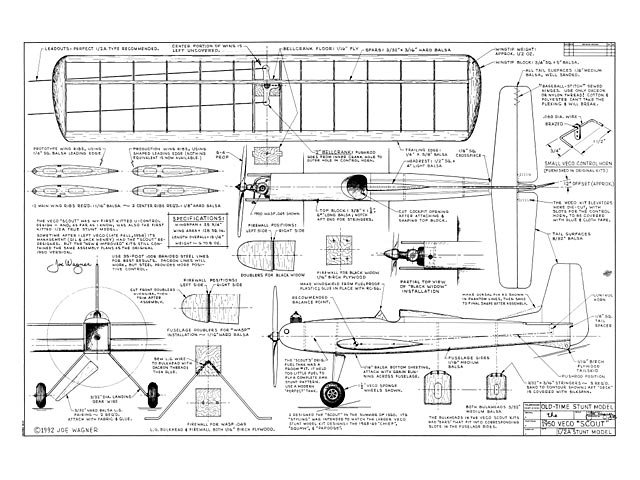 Quote: "Old Time Stunt Model. I designed the Scout in the summer of 1950. Its styling was intended to match the larger Veco stunt model kit designs: The 1948-49 Chief Squaw and Papoose.

The Veco Scout was my first kitted U-control design - and as far as I know was also the first kitted 1/2A true stunt model.

Sometime after I left Veco (late fall, 1954) its management (Gil and Jack Henry) had the Scout re-designed. But the 'new & improved' kits still contained the same assembly plans as the original 1950 version. Joe Wagner."

Quote: "Here is the Joe Wagner designed VECO SCOUT from a plan given to me by Joe. A wonderful flyer but keep it light if running a reed valve engine. Steve Staples, Little Rock, Arkansas" 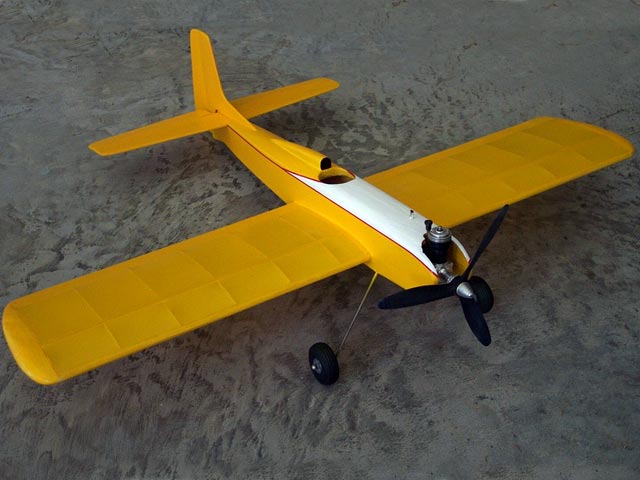