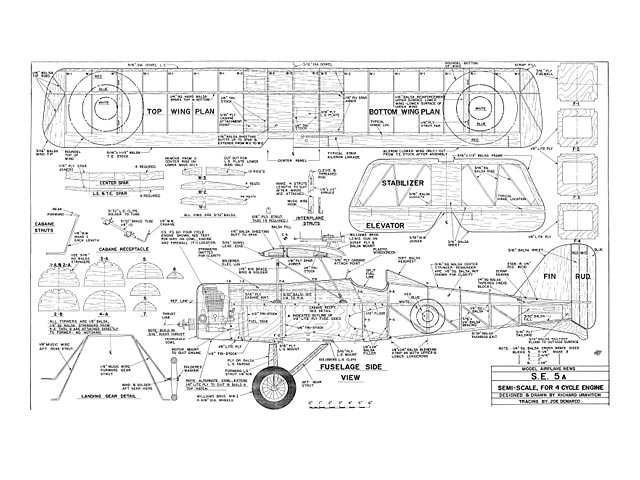 Quote: "IT'S A CRISP autumn morning in France, somewhere around 1918. In the distance the familiar sound of a rooster heralds the dawn. The sun winks over the horizon, piercing the tree line with darts of brightness. The fabric-and-wood fighting machines stand in line, their skins laden with the morning dew.

A figure appears, then another, and still another. Quickly securing their hastily-donned gear, they hurry toward their steeds and strap in with the help of their omnipresent ground crew.

The stillness of the morning is shattered by the sound of three Wolseley Vipers coming to life. As if prematurely disturbed, they balk and finally awaken, expressing their rebellion with great clouds of billowing smoke. Settling now into the syncopated staccato of idle power, the three taxi a short ways, turn to the east, and take off to challenge the enemy. The Dawn Patrol lives!

T'S JUST A matter of time. It'll get you just as it got me - four-cycle fever! Regular readers of MAN will wonder how I got sidetracked from the fire-breathing mega-rev world of ducted-fans into the docile, count-the-rpm arena of four-cycles. Well, it's a diversion, a breathing spell.

The S.E.5A is a derivative of one I designed about 6 years ago, any number of which have been built and flown by modelers across the country. With the appearance of the new breed or engine called the four-cycle, it seemed logical to bolt one on the front end of this model and fly it. The result was an airplane that enhanced the WW I flavor by flying much more realistically, not to mention the more scale-sounding powerplant.

I redesigned the airplane to give it a slightly more scale appearance, while employing some different materials and building techniques,. This produces a better airplane without sacrificing any virtues of the original, such as simplicity and light weight.

For those of you who chose not to use a four-cycle, the SE5A works just fine with any standard .40 to .45 two-cycle, but if you can, use a .45 to .60 four-stroker. My experience has been that anyone who feels comfortable with a trainer can fly this airplane; the only real difference is that it's a tail-dragger. Forget all the rumors about biplanes being hard to fly and being nasty, and all of the other things you've heard. This one is docile, mildly acrobatic, and pure fun to both build and fly!

I took some extra time with the model shown here and added little bits and pieces, such as fairings, rigging (non-functional), exhaust pipes, and machine guns to make it more photogenic and to get your interest. All these items are cosmetic and unnecessary, but they just point out what a little extra effort can achieve.

Before we begin construction, a few points are in order. Absorb these now and eliminate problems later.

The firewall placement shown on the plans is for four-cycle engines, however the design has been extensively flown with virtually all sizes and types of engines. The position of the firewall is non-critical and can be located to suit your specific engine/mount installation. What is important, however, is the thrust line. Match your engine to it and locate the firewall accordingly.

The cowling arrangement can be either as the pictures show (fully removable for total engine access) or with only an upper section removable. Either way works just fine. We'll talk about right thrust during construction, which happens to be right about now:

CONSTRUCTION. The basic fuselage sides consist of a lite-ply forward section with 1/4 x 1/4 inch balsa longerons and uprights with 1/4 x 1/4 diagonal braces. Build one side first, then the other right on top of the first..." 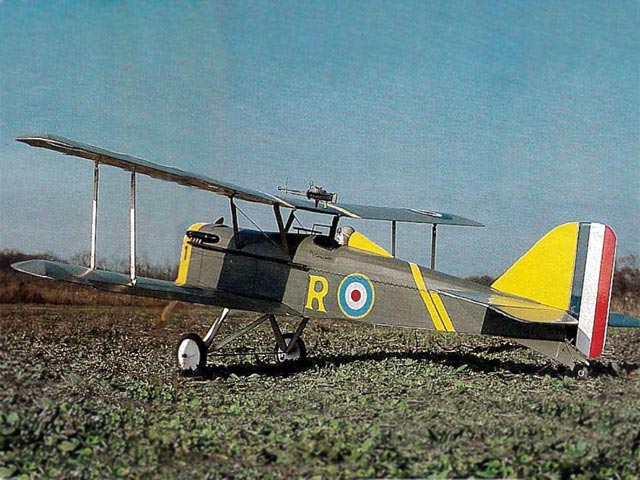