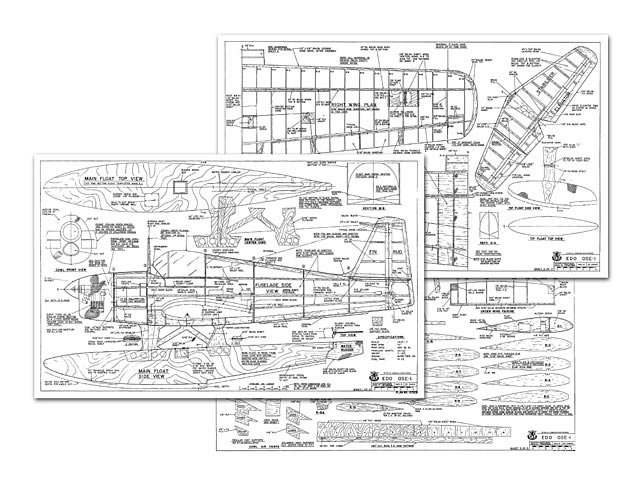 Quote: "Introduction: I met Steve Milos and Paul Schultz (the designers of the first two OSE-1 models) several years ago at Lake Vancouver. They were flying and winning with .40 size Rufes powered with .60's. The next year at Pine Hollow, Steve and Paul had scratch-built .40 size Spitfires powered with piped YS .45's. The following year they had .60 size EDO's powered with .90's. The Portland Sky Nights give bonus points for scale ships at their Northwest Model Seaplane Championships, and the two ,90 powered EDO's took first and second,. that was out of a group of pretty darn good fliers, ton. Besides being beautiful scale ships, Steve and Paul demonstrated that the EDO's were capable of performing all the prescribed maneuvers quicker and more precisely than the rest.

I was so impressed I immediately asked about plans and, to my amazement, Steve said there weren't any. I listened incredulously as he talked of patterns, 3-views, and some foam work - but no plans. It took me another year to talk Steve into letting me draw up his ship and build one. He just gave me his EDO and all the patterns for a couple of months - the transmitter too, but not to worry, I can't fly Mode I.

The rest is history. The construction photos are from my ship, but there is a mixture of both mine and Steve's ship in the finished shots. Here and there you might see some slight differences, but, for the most part, I did my best to faithfully reproduce their original designs. Both Steve and Paul installed complete cockpits modified from Byron Hellcat units. I chose to use a Royal Bearcat Sr cockpit and a pilot bust only to save a little weight.

Of course by the time you read this, Steve and Paul (and myself, for that matter) will be a couple of ships down the road. Don't worry though, the EDO you see here is the best scale flier of 'ern all. They may get hotter and wilder, but never more elegant and graceful. This ship is a floatplane for all seasons,. it will never - never be out of style.

Back in 1944, at the request of the Navy, the EDO Corporation designed and built their second attempt at a complete aircraft. Over the years they had built thousands of aluminum floats and parts for Martin and Grumman but not since the mid-twenties with the Flying Fish had the EDO design team, led by Marvin Kroukovsky, designed and built another complete ship. The Navy didn't want much; just a lightweight, single engine, observation/rescue, single float seaplane that could be catapult launched and stored aboard ship. Oh yes, put a couple of guns on it too.

EDO engineers came up with the XOSE-1, a handsome machine that encompassed a large, single float strutted directly to the lower fuselage under-wing structure. The whole concept was designed around a 550 HP Ranger power package which was secured to the firewall with four bolts and could be replaced in 30 minutes. In order to lessen the open sea water loads, the wings were equipped with slats and shock absorbing flaps which lowered the touchdown speed to 55 Kts. The large, high canopy and short sloped forebody offered the pilot excellent visibility and a spacious cockpit to boot. The wings folded for storage aboard ship and the float had the standard carry-throughs for the attachment of ground handling wheels.

Its first flight was not until December 1945, too late for the war. But EDO went on to build a total often of these ships for Naval evaluation; another XOE-1, four OE-1's..."

Note this is a low resolution plan (rated as BB) but text seems quite readable. 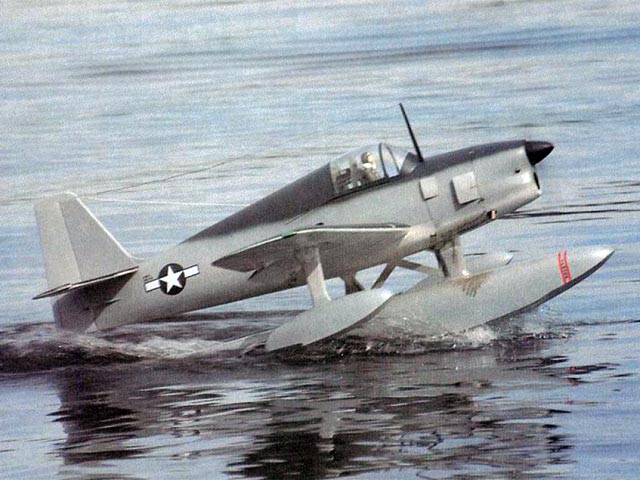