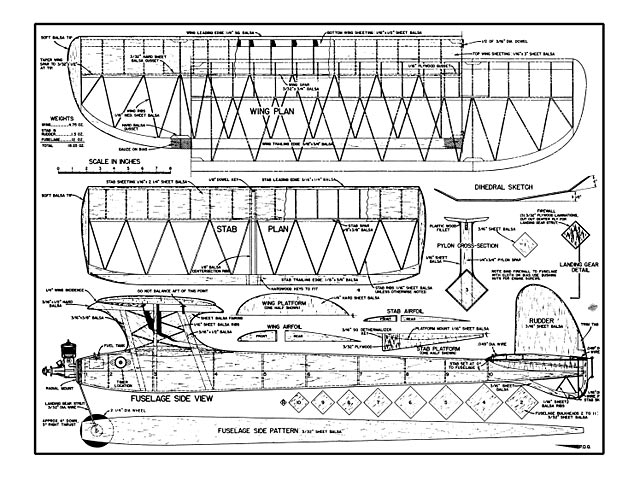 Quote: "Dick interviewed six famous West Coast model competitors, then averaged out their ideas and came up with this design.

When it became apparent that the FAI-type of free flight competition model plane was becoming a permanent fixture on the American contest scene, ATH commissioned California's Dick Everett to conduct a designer's survey to determine what the 'All American 15' would look like. Here's Dick's report and the 'averaged-out' airplane.

It is difficult to sum up our extensive findings, observes Dick, because there is more variance of opinion on what a .15 gas job should look like than even with Wakefield models. However, we finally briefed everything down in chart form (as shown) and from that developed a pretty accurate idea of what each designer had in mind at the time of our survey.

After averaging the data we went a little further and built a model to these specs - the results were amazing. This ship is by far the best we have ever had; its stability under power and glide leaves little to be desired. It will fly under power to the left if you like, it will fly to the right - there just doesn't seem to be any stability lacking - and note this is with a wing and tail free from warps.

Particular care has been put into construction design. The full depth spars have paid off to the extent that hitting steel fence posts did no more than crush the leading edge; the ship was back in the air in fifteen minutes. In some cases it might seem that we have gone overboard for strength but we felt it was needed. The small pylon tail platform has eliminated that one weak spot in most dia-mond fuselages: the point where two sides are usually cut away to mount the stab.

While we didn't go overboard in the matter - good strong light wood should be used, especially aft of the pylon. Keep the total weight down to that listed or even less and above all do not balance aft of the place indicated on the drawing. The side thrust indicated is measured across an 8 inch prop with a piece of 1/8 x 1/4 x 36 in to the centere line of the fuselage lust in front of the tail..." 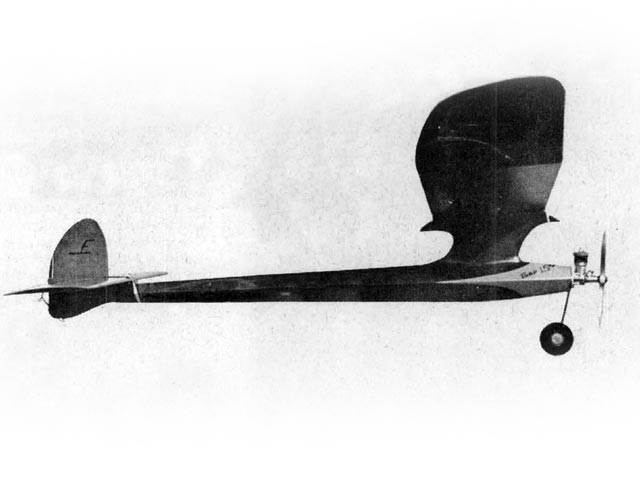