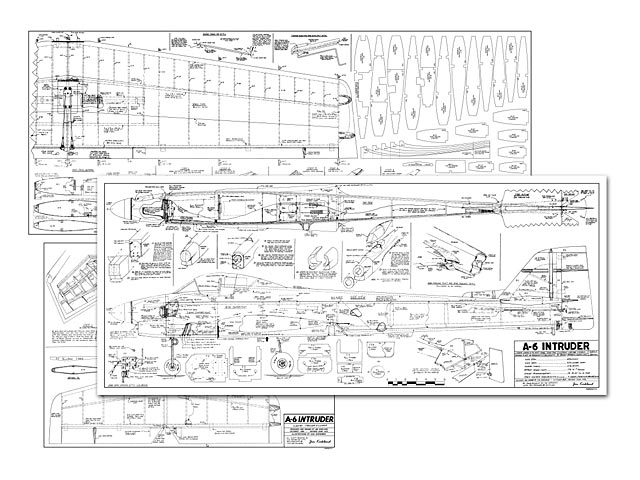 Quote: "A-6 Intruder, by James Kirkland. Part One of a Two Part series.

Continuing Model Airplane News policy of presenting the Champions and winners of the really big ones. This is really big and so very complete, it is necessary that we run it in two parts so that our readers receive the full benefit of the total effort by this year's Nats winner. Just to read this article is a benefit!

Objective: To control by radio a model airplane so that various planned maneuvers may be accomplished. The criterion is the quality of performance, not the mechanism of control. RC competition shall be based on the excellence of performance of the model's maneuvers compared to similar maneuvers performed by a full size plane. Maneuvers shall be judged according to the AMA Radio Control Judges Guide.

The above is the lead-off paragraph under Section 22, Radio Control Pattern Event Regulations, of the AMA's official rule book. Essentially unchanged since the birth of official RC competition, this is what it is all about. The reference to a model's performance similarity with that of a 'full-sized plane' has been more or less lost in subsequent years of rule changes and revisions to the Judges Guide. Today's winning RC competition designs fly with jet-like scale speeds, fly some maneuvers like a full size jet aircraft, and fly some maneuvers that are common to only reciprocating engine, fully aerobatic aircraft. As a result our models must perform in a manner peculiar to both jet and reciprocating engine planes!

The caliber of today's competition is much tougher than it has ever been in the past, with absolute and total perfection in each and every individual maneuver being the goal of every top competitor. With the margin of victory usually measured in fractions of a point, no compromise in model design is possible. Any model design that sacrifices one or two points as a result of design deficiency or compromise is a sure-fire loser in the majority of starts!

The current trend toward perfection is not a new trend. It has been underway for over ten years and growth seems to foster more growth. Year to year progress reaches almost unbelievable proportions in engines, RC equipment and flying skills. This progress towards perfection has led us to a point where latitudes in competitive model design are very restrictive. A tricycle gear is now considered a must; wing areas have stabilized; and after the experience some flyers had with the increased lateral area flap in 1970, it is a fair assumption that lateral area, and distribution, will now be rather stabilized!

The ancestry of the A-6 Intruder rather closely parallels the progress of RC pattern competition over the past eight year 'period. Its oldest forerunner was the Beachcomber (oz7780), the 1963 Nats winner, and an exponent of the then newly emerging zero-zero force set-up, using a 15 percent symmetrical wing with a symmetrical stab. Then came the first Citrons (oz9711) which were the fastest pattern models in the mid-60's with a .45 cubic inch engine no less! With the advent of the big .60 engines, and jet-like speeds, came the Triton (oz12714). It not only moved like a jet but resembled one too! The emphasis now was on how to retain smoothness and maneuver perfection while flying at such high speeds. The Triton won a Nats second and a place on the 1969 FAI team. Many features from the Beachcomber through the Triton are incorporated in the A-6 Intruder design. Perhaps the most significant fact is that not a single new design feature appears in the A-6 Intruder. Ten years of experimenting with every variable applicable to this type of model has led me down many roads to what I consider dead ends!

The look-alike feature so prevalent in today's pattern models, is a direct reflection of the standardization reached by the top competitors in their pursuit of design perfection. With design parameters the deciding factor, it is hard to achieve much in the way of a different look. Look-alike paint jobs on two different designs can cause total confusion among the modeling public! I prefer my designs to resemble an existing full-size aircraft. I try to achieve such an overall appearance even though the model itself is in no way even semi-scale!

Fifteen years of experimenting with airfoils and planforms has led me to believe that aerodynamic theories applicable to full-size planes have almost no place in model wing design. The scale-effect is so prevalent in a wing with even 750 square inches of area that airflow and reactions are more a result of thickness, high-point location, and leading edge shape, than of a specific curvature of the airfoil. A thick wing will fly slower, have a lower stall speed, but with a substantial loss of effectiveness prior to reaching the actual stall point, and will slow down quickly when power is reduced. A thin wing is fast, reluctant to slow down, and normally has a very sharply defined' stall point while remaining very responsive right up to the stall point.

A wing of a given thickness, with a rounded and blunt leading edge, will have a lower stall point than the same wing with a sharper leading edge. Also, a wing with a reflex airfoil will have a considerably lower stall point than the same wing without the reflex. Using the 33 percent point as a reference for the high-point location on a given airfoil, that airfoil will stall at a higher speed if the high point is moved further to the rear, and at a lower speed if moved further forward. A tapered wing with a constant airfoil shape will experience tip stall at a higher speed than the stalling speed of the foot section due to the increase in scale-effect caused by the smaller tip section. These features of model airfoil reactions are based on symmetrical airfoils, but would probably be mostly applicable to semi-symmetrical shapes also..." 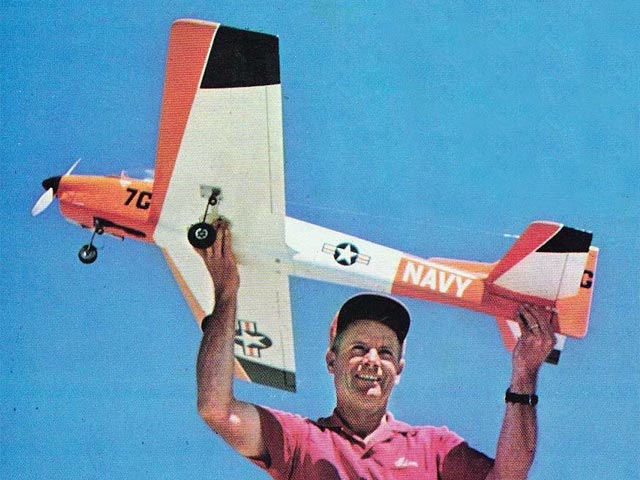