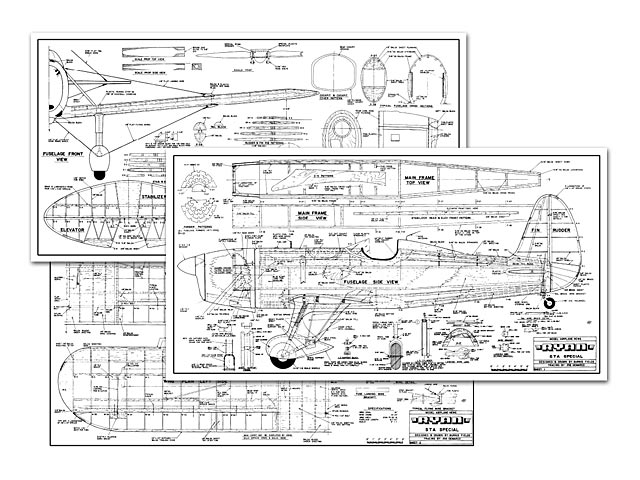 IF YOU'RE looking for a scale giant that features realism, stability, and capability of aerobatic competition, then you should really consider the Ryan STA. When properly built, this model can do no wrong!

I found out many interesting facts about this plane in 'The Ryan Guidebook - Book 3, American Aircraft Series' by Don B Carpenter and Mitch Mayborn, and you might like to check out this book for more information on this classic old plane. Sig Manufacturing also has a color photo pak available, which really helped me out.

CONSTRUCTION: Begin building with the wing, which is easy for any average modeler. Start with the wing spars, which are Ohio-inch plywood with 1/4 x 5/16-inch spruce strips. I used a Dremel Table saw to route the spruce strips to the depth shown on the plans. Glue the strips to a 1/16-inch plywood web with aliphatic glue, press them together to proper size (I used a vise), and fasten them to a flat surface to dry. This should assure a straight spar. Make two front and two rear spars, 48 inches long.

Laminate the wing tips with 1/16 x 1/4-inch spruce strips. Cover the plans with plastic and put in pins along the inside radius. Wet all the spruce strips, apply aliphatic glue, slowly bend all the strips together around the pins, and pin in place. Allow 24 hours for this to dry.

Note that the aileron spars are routed and rounded. I used CB Associates hinges, which are modified as per the plan. They are installed through the spar and then epoxied in place. When the hinges and control horn are installed, cover and install the ailerons to the wing before the wing is covered.

The aileron control system is spelled out on the plans. Use Sig large nylon U-Control bellcranks and cables. You can also obtain the cable from Lou Proctor, or you could use fishing leader.

Secure the cable ends with swages and make sure that the bellcranks are parallel and that the cables are snug, not fiddle-string tight. If you use turnbuckles for adjustment, don't forget to safety-wire them.

Assemble the wing center section with four 3132-inch plywood joiners, two for the front spar and two for the rear. For added strength, cap the joiners with carbon fiber before installing them. Fasten carbon fiber to one side of each joiner with cyanoacrylate glue. Next epoxy the joiners into one wing root, making sure they go all the way to the landing gear support rib. When dry, epoxy to the other wing panel. Glue all center joints at this time.

Put the landing and flying wire fittings in at this time, before the sheet balsa is added to the wing. See the plans for patterns and details. Also before covering the wing, make and install basic landing gear wire to the wing spars. Be sure you bend one right and one left. Fasten the wire to the wing spar with maple blocks and regular epoxy. Allow this to dry 24 hours.

You might want to weld steel support blocks to the landing gear before the gear is installed to the wing spars. The wheel support block that is welded to the landing gear wire is made from soft steel and can be cut with a hacksaw, or maybe you know someone with a milling machine. Mill the top of the block to fit the wire. Drill one hole for a 440 bolt and drill and tap two 2-56 holes for a flying wire support bracket. The flying wires help to hold the wheels in alignment...." 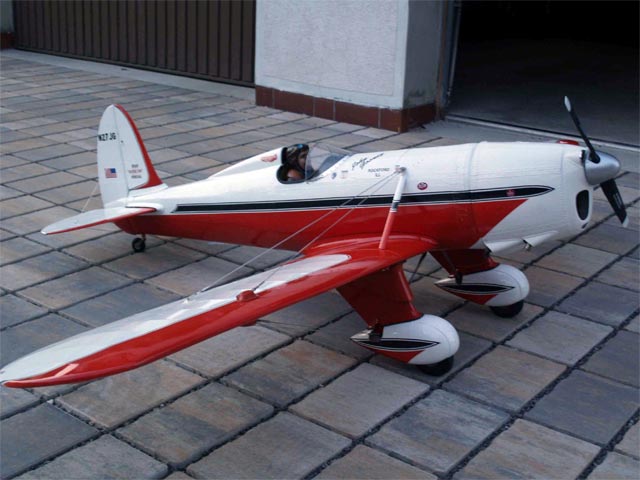