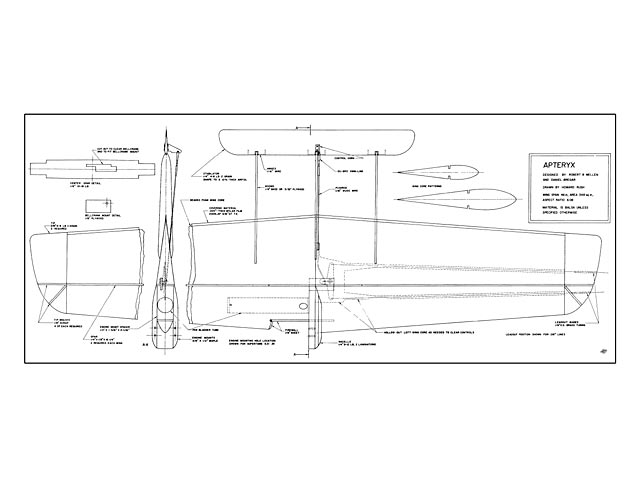 Quote: "Speed, maneuverability and strength are the qualities that have long been sought after in Combat since the guys gave up their Ringmasters (oz3501) for T-squares. Today's ships are a considerable improvement over the T-square, but since a Combat ship will always be a compromise between speed and maneuverability, you can only go so far before you start sacrificing one thing for another.

During the last four years of flying foam Combat craft, Dan Bregar and I have found that the foam wing has several advantages over a built-up wing which uses a covering of one type or another. The first advantage is that there is no loss of airfoil shape in the wing, normally caused by the covering material sagging or dipping between the ribs. The second advantage is that in a high G maneuver, there are no changes in the airfoil shape which are usually caused by the distortion of the unsupported covering material. This distortion will cause a model to lose speed in consecutive maneuvers while a foam wing will maintain its speed and not stall.

There are other advantages in the foam wing, such as a knife-edge thin trailing edge and a superior finish - but with a little extra work, they can be had in a conventional or built-up wing. These advantages seem to greatly aid our foam Combat ships not only in maneuverability, but speed as well.

The Apteryx design is less than a year old, but some four years of development have gone into it. Dan got the ball rolling in 1967 when he designed and built the first Rattler Two years later I got in on the project, but less than a year after that Dan was 'selected' by the Selective Service and I was left with the Rattler and some ideas.

One of them was a tapered wing. Tapered wings are difficult to build out of balsa because each rib requires a different pattern, but with foam it is just as easy to cut tapered wings as straight ones. Using the tapered wings and the idea of the engine being recessed back into the wing, I built the first..." 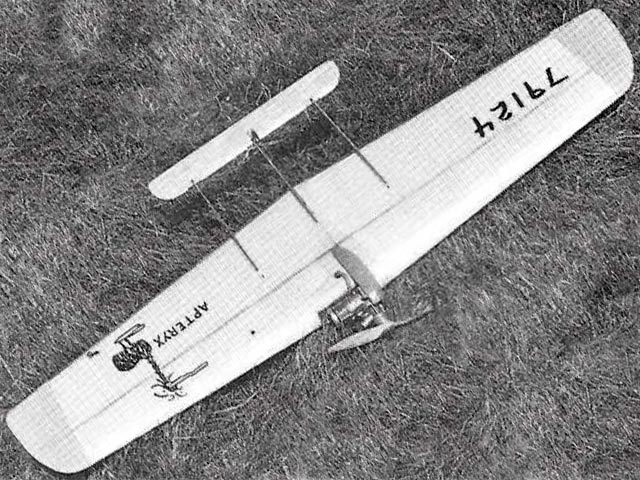