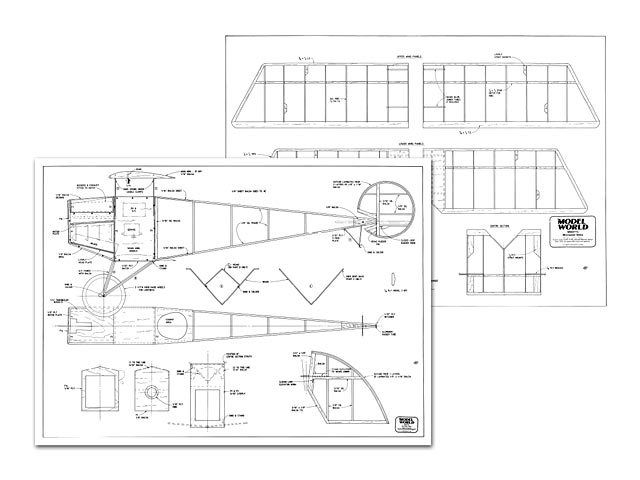 This unusual Mexican designed and built aircraft of 1918 was inspired by a peanut scale plan and backed up with further information from the book Jane's Fighting Aircraft of WWI. The design is somewhat dated compared to European fighters of the same era, but for me this just adds to its appeal. (I have always been fond of unusual prototypes.)

An original design biplane with an all moving tail and warping wings that was powered by the Mexican built version of the Spanish Hispano Suiza engine.

Construction: This is very obvious with most of the information on the plan. I will, however, describe the basic construction and cover in more detail any area that I feel warrants additional instruction.

The single most important piece of advice is to keep the tail end as light as you can. Electric power doesn't give that great a margin of power, so any unnecessary weight is to be avoided at almost any cost.

Having studied the plan you may well be thinking that the model is far too delicately built for R/C flying. I can assure you that this is not the case. Experience has shown that, whilst the model won't survive a very heavy arrival, it is adequately strong enough for normal use.

The plan shows removable wing panels which the prototype model didn't have - I know that a lot of modellers don't like one-piece aircraft. My model has the top wing epoxied to hard wood c/s struts and the lower wing panels and inter-plane struts glued in position. This system is obviously lighter than as drawn on the plan, but is a lot less durable. It just makes you more careful about contact with the ground and works wonders for improving the smoothness of your landings.

Fuselage: Although not for the absolute novice, the construction should prove quite straightforward. The plan will assist in a visible explanation of the construction methods used and you should find nothing difficult in the procedures. Just study the plan carefully before cutting, dry fitting and finally gluing.

Do make sure that you use hard balsa for the longerons, but medium to soft will be fine for the rest of the model. Most of the assembly on my model was done using PVA adhesive. Cyano is best for any of the bound wire to wood joints being much lighter than epoxy. If you have built one of the Scout series of models by Flair you will be familiar with the construction method used on the basic fuselage assembly. This involves building it in two halves, the front sheet sided section and the rear built up..."

Note on spelling: As published, this plan (and article) used the unusual spelling of "Microplan Veloz", as opposed to the more usual "Microplano Veloz" (or indeed "Microplano Velóz"). 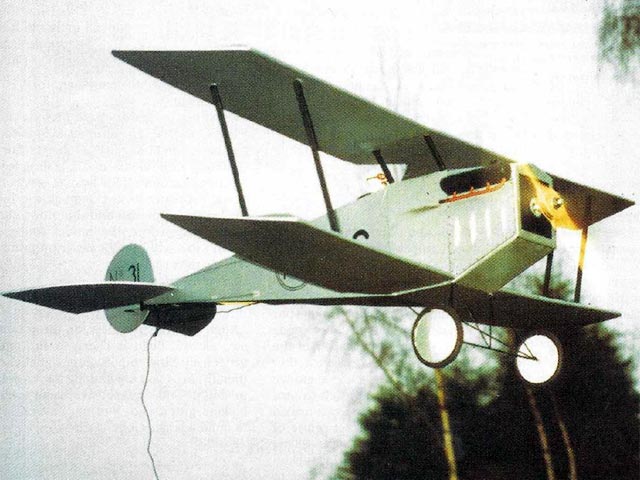