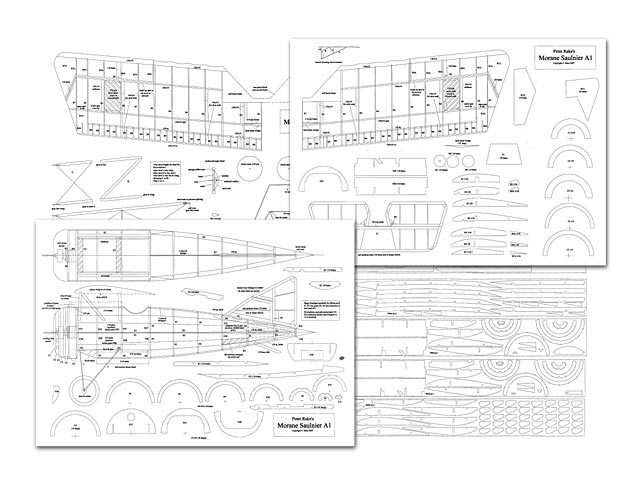 When Charlie first asked if it was possible to design a Morane Saulnier AI for him to build, a couple of points immediately looked as if they would require a bit of investigation and forethought. Those points were the virtually circular fuselage section and the rather complicated centre section strut arrangement. Having given both matters considerable thought, and a solution found, I willingly agreed to draw up the design for him, but warned that he should expect something a bit different to my normal style of model. Somewhat intrigued, Charlie said he'd love to see what I meant, so drawing was commenced. The result of which, you see here. Since no one knows the model as well as its builder, I'll let Charlie tell you about it in his own words, with just the occasional comment from me.

The Morane-Saulnier A1 was probably the last of the Morane line of aeroplanes to make it to the front lines in WWI. Morane Saulnier aircraft had been involved throughout the war in one version or another. The 'propeller shield' method of installing a machine gun on a plane was pioneered on an earlier Morane Saulnier design (deflector plates mounted on the propeller blades to prevent damage caused by any bullet striking them).

Many of the Morane Saulnier designs were monoplanes, a configuration that many pilots mistrusted as being inherently weak. That was a feeling not enhanced when the first few of the A1 shed their wings in flight.

The Morane Saulnier A1 came in three varieties, a single Vickers, a twin gun version and a trainer version without guns. The Morane Saulnier A1 actually gained more renown after the war when two French pilots succeeded in setting the record for the most loops in an aeroplane, well over 1,000 loops by each of the pilots. The plane was sturdy enough that the French air ace Charles Nungesser chose the A1 as his air show platform, which is the colour scheme I have modelled).

Peter Rake has designed this model in a very different manner than most of his designs. The 'box-and-formers' are replaced by a clamshell design, with side 'keels' that the formers fit into. Everything is notched for perfect alignment. I can get used to this as it took me just eight hours to completely frame up the airplane, and most of that was waiting for the PVA glue to dry!

For those who want to install guns, there is a variation in the fuselage drawing that is not present in my build. The installation of the guns was similar to the Sopwith Camel, with a hump in front of the cockpit covering the receivers of the machine guns..." 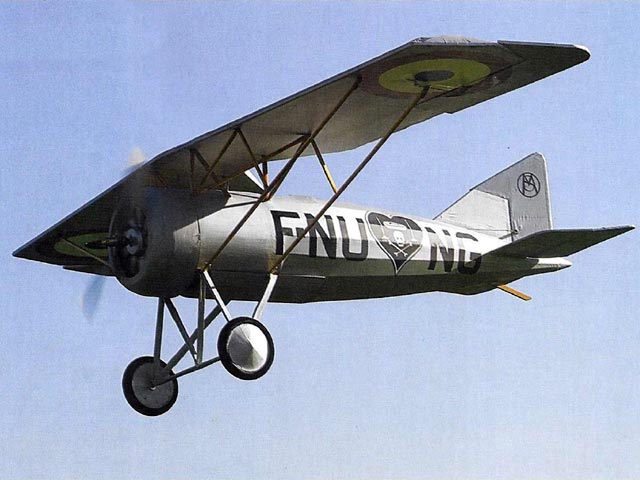