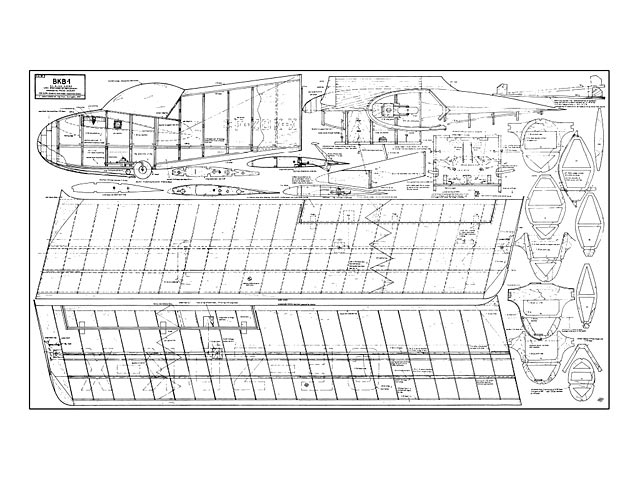 Quote: "Something different for the slope - a 96 in span scale tailless glider! BKB-1, by Nick Cook.

A GLANCE over the scale models entered in any scale slope-soarer competition is enough to recognise two distinct groups. The first comprises immaculate and detailed models of string-and-sealing-wax antiques, produced by great care and perseverance. The second comprises at least 50% prefabricated plastic stick-insects, 'produced' by capitalising on the hard work of a few individuals (whatever became of the pilot/builder rule?). If you haven't the skill or patience for the first group and you don't like to cheat, the only solution is to try something completely different - the BKB-1.

The BKB-1 is an experimental tailless sailplane, designed and built in Canada, which first flew in 1959. The wings are swept back at 13° to improve directional stability, enabling a linear twist of 5° wash-out to be used instead of reflex camber to obtain flying trim. This combination of sweep and twist is a good candidate for flutter problems unless the wing is stiff in both torsion and bending. The final form of the model incorporates several lessons in this respect, learnt the hard way with the first prototype. In particular, the method of wing-fixing was made to be rigid under flight loads. Even if the use of a 9mm thick ply plate to anchor the wing-joiner may seem a little extreme, it works, and I recommend that no reductions in the indicated material sizes should be made. Follow the plan and the result will be a lightly-loaded model with a good speed range and positive control response which looks... different.

CONSTRUCTION. Fuselage: The fuselage is shaped quite like an egg, but flattened at the 'tail' end to give the effect of a fin. The shape means that conventional sheet construction must be confined to the `tail', while the double curvature of the nose and wing roots requires planking like a boat hull.

Construction proceeds in this order: laminate all top fuselage formers to 3/16 in thick, using 3 x 1/16 or 2 x 3/32 sheet pieces from your scrap box. Leave the bottom formers as something to do while the top fuselage assembly is setting. Formers F2, 3, 4 and 5 are reinforced with ply as are the cockpit edgings, and F2 and F5 have doublers on one side to support the front skin. Fret out the ply wing roots and the wing-joiner plate, cutting the grove in the latter with a stiff-backed saw. A trial assembly of the top frame should be made.

At this stage, the Graupner wing-joiner can be epoxied into its groove using the wing root slots to maintain the correct alignment, but don't get epoxy on any other joint yet. The formers should be chamfered carefully to the correct angle for the skin by removing each one individually and replacing it afterwards. A narrow strip of 1/16 balsa pressed gently against the frames give a good indication of the amount of chamfer required. Disemble the frame, drill the ply plate at 4 or 5 places each side of the wing-joiner and bind securely with button thread..." 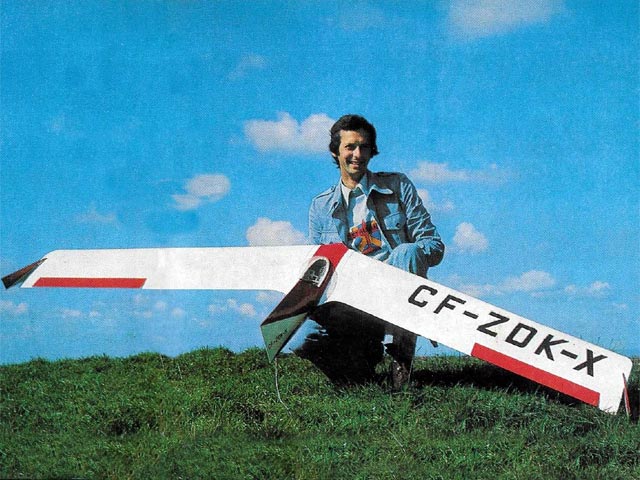