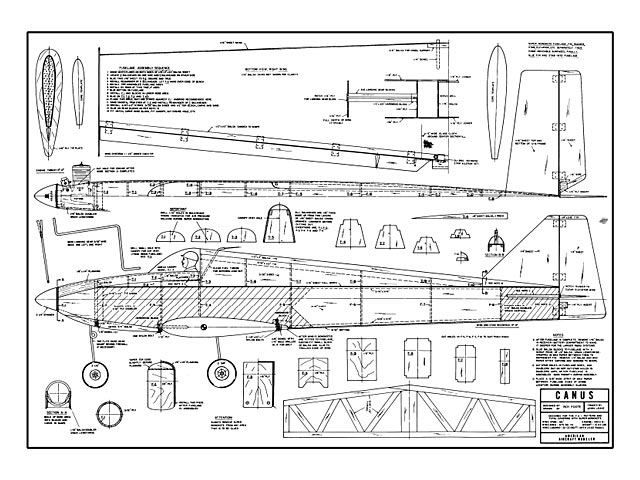 Quote: "An international plane for FAI pattern flying. Although big, it is of simplified construction and builds quickly. Canus, by Roy Foote.

The Canus is designed for the FAI Pattern. It performs graceful international maneuvers with the smoothness and precision needed to win - increase the control surface throws and it will also win for you in the AMA Patterns. (If it suits your style, retracts may be added.)

The name Canus is also international, as it is a contraction of Canada and United States. The basic lines of this design are straight and simple, to be totally covered with Super MonoKote.

A muffler was included in the design of the Canus. If you don't use one, be careful - you could end up a little tail heavy. A long landing gear is shown on the plans for those of you who fly from deep grass or rough fields. It could be shortened for hard surface flying.

In flight the Canus is very groovy, but responds quickly and positively to control commands. Knife-edge flight is very easy; in fact, this plane knife-edge loops! It penetrates wind well - one reason it flies smoothly through turbulence, while other designs are noticeably affected.

The Canus has a realistic appearance and a quick, easy , light construction without sacrificing strength. With its moments, areas, shape and force setup, it is a superior performance pattern aircraft.

Construction: As the actual construction is typical of many pattern planes, it is not necessary to go into too much detail. No details are given for the installation of fuel tanks, radio systems, pushrods, etc. due to the large variety available on the market today. 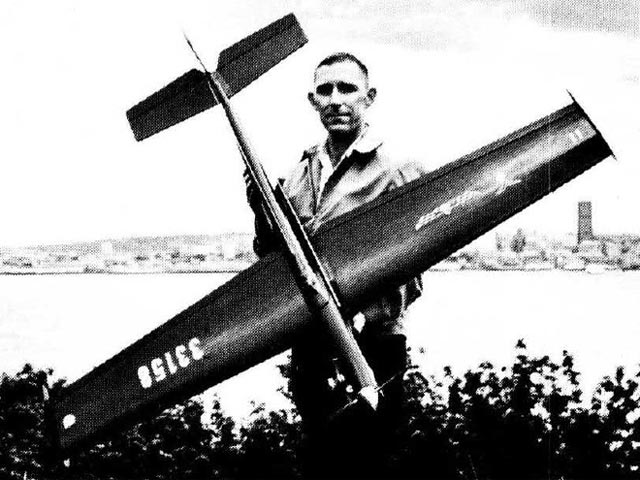