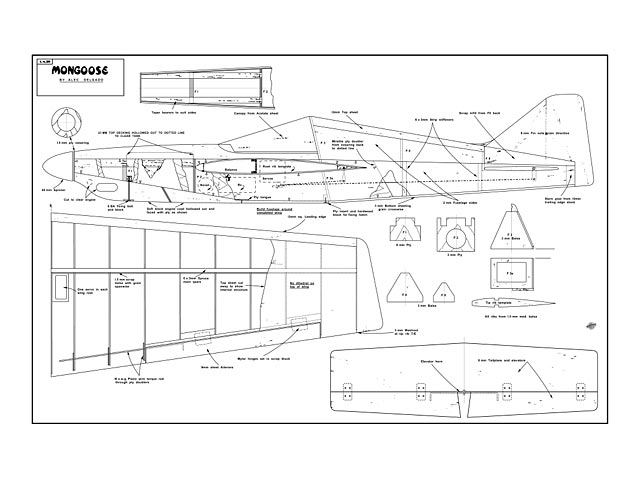 Quote: "DURING the summer of 1974, the demise of 1/2A (.049 power) pylon racing led to the emergence of a new class which was cheap and used 'standard' .19 or .20 engines. This class is now universally known as Club-20 and is one of the most popular competitive modelling classes.

The original Mongoose flew in 1978, and featured a low wing with undercarriage blocks, as the original rules called for rise-off-ground starts. Although fast, hand launch starts were decidedly dicey with the left wing dropping, and the inevitable correction to the right resulting in a knife edge turn about three feet off the ground. Not exactly the best start to a pylon race, as usually everyone else would be rounding the base pylons by the time I reached the No.1 pylon.

Following the advice of several experienced Club-20 pilots I built another Mongoose, but this time as a mid-wing one piece model. The higher wing position increased the stability, but most important resulted in an area of fuselage under the wing that could be firmly grasped for safe hand launching.

CONSTRUCTION The wing.This must be constructed first as the fuselage is built around the completed wing. Cut templates of the root and tip ribs from light alloy or medium plywood, and... "

Update 29/06/2020: Replaced this plan with a clearer copy (essentially redrawn from scratch) thanks to TonyP. 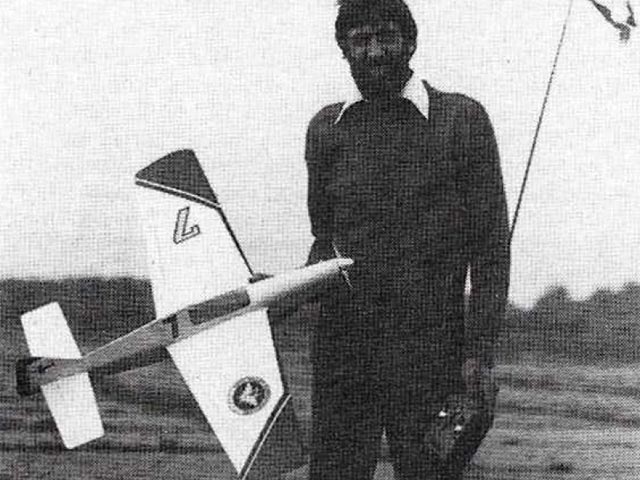