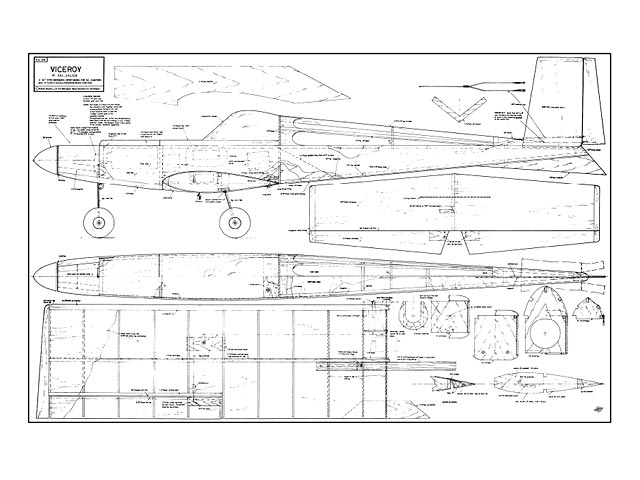 Quote: "HAVING ATTENDED various fly-in sessions during the past eighteen months, two things have struck me (apart from the gent who landed an Outlaw up my left trouser-leg). Firstly, of the pilots who fly acrobatic 'pattern' (to use that descriptive American phraseology), very few make it to anywhere near the top. Secondly, if one wants to be noticed at such a function, and simply has not the ability, dedication or time to practice - one has to fly something that is different.

As my own piloting ability has its limitations, I set out to build something simple but different that would be fast and acrobatic with my HP61 but would also be tough, stable and fairly easy to fly. Previously I had been flying V-tail gliders for some time, including a small V-2 type slope soarer, on aileron and elevator, so my thoughts nor unnaturally turned now to the possibilities of a V-tail acrobatic sport model.

Of course, pictures of the scale Fouga Magister then began appearing in the magazines! But, nothing daunted, the prototype Viceroy was drawn up and built - in a week of evenings. Eagle eyes may notice a certain resemblance in some aspects to the RM Rapier (oz8496) and I readily admit that I was considerably influenced by this excellent, quickly-built and durable design of Pete Malone's.

CONSTRUCTION. These notes have been kept purposefully brief, as the model is for the more experienced pilot, will who not require to be told to 'stick A to B'. They are, in fact, general rather than specific, so I would like even the most experienced to read them through once anyway.

Wings Please select light wood and keep the weight of the structure to a minimum. The original wing was built in two pieces, sheeted on te top only..." 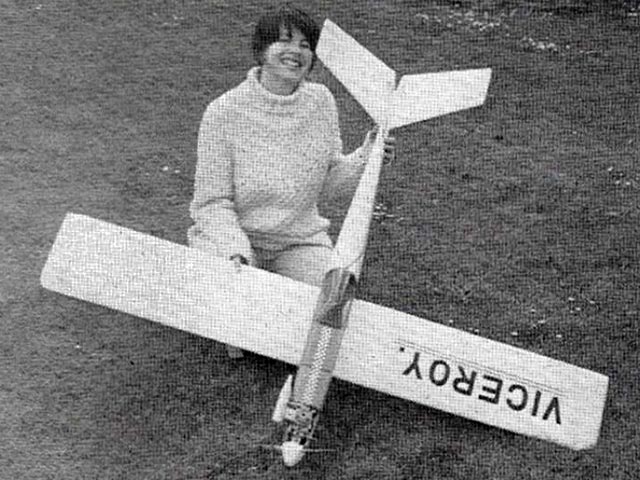