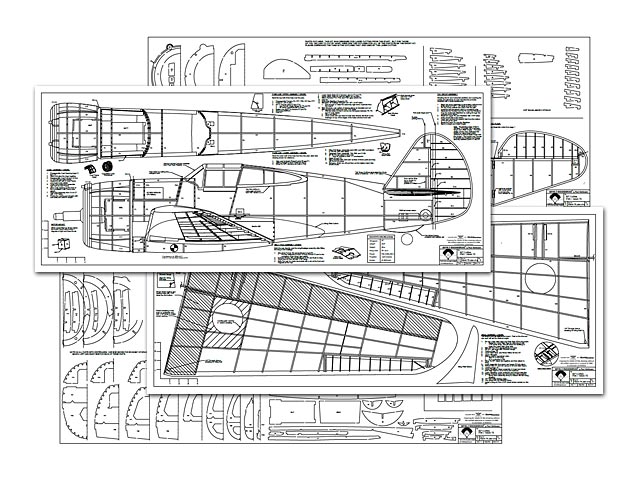 This plan is a free download available from the Model Aviation site at http://modelaviation.com/fighter-face-off-part-two where it appears along with links to the full build text and some great build pics. Also a free download of the plan in tiled format.

In the US, the Curtiss-Wright Corporation was also making the leap to an all-metal, low-wing fighter through the introduction of the Hawk 75. First flown in 1935, this aircraft was developed as a private venture.

A year later, the US Army awarded Curtiss a purchase contract for the Hawk under the designation of P-36 (export versions retained the Hawk 75 name). More than 200 P-36s were built for the US Army Air Corps during the lead-up to WW II, but by 1941, the P-36 was rapidly being replaced by its more powerful sibling, the P-40.

The only combat seen by the P-36 was at Pearl Harbor, where Japanese aircraft were downed. Interestingly, the P-40 was credited with the other eight air victories on that infamous day.

Like the I-16, the Hawk was still in service long after the war - Argentina was still flying Hawks in 1954. But the aircraft that were sold to France had the most colorful history.

The Hawk 75 performed on roughly equal terms against the Luftwaffe’s early Bf 109s in the Battle of France. After France fell, Germany captured 30 French Hawk 75s. These were sold to Finland, where they flew against Soviet forces including the Polikarpov I-16. Well-loved by the Finnish pilots, the Sussu, or sweetheart, became an 'ace maker' while racking up an incredible 12.6:1 kill ratio.

Building the Tail Group: Laminated balsa outlines provide strong, lightweight enclosures for the tail group framework. Start by cutting forms for the fin/rudder and the stabilizer/elevator. Foam sheet or plywood works well for the forms.

Soften 1/2-inch wide strips of 1/16 balsa by soaking them overnight in water. To begin the lamination, wrap one strip around the form, pinning it in place as you go. Pull the strip tightly to avoid kinks in the balsa as it bends around the form. Put a thin, even layer of glue on one side of the next strip and repeat.

Move the pins from the first strip to the second as you go. Repeat for a third strip and set the lamination aside to dry. Carpenter’s glue holds well and can easily be sanded. I like to let the outlines cure for a full 24 hours.

After everything has fully cured, pin the outlines down to the plans. Build up the inner framework by assembling the parts in numerical order. Feet on the underside of these parts will hold everything at the right angles..." 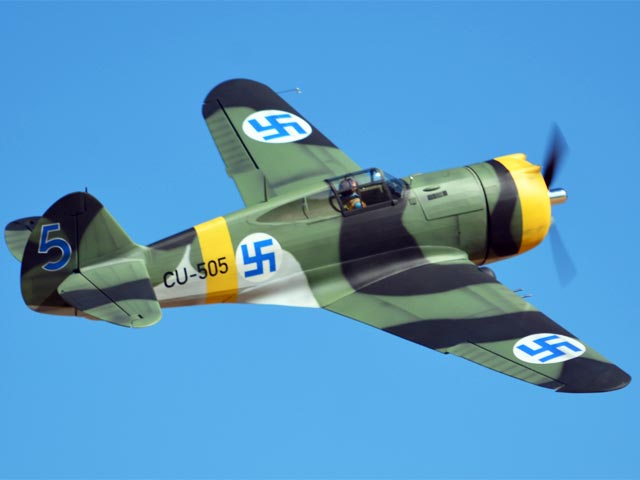