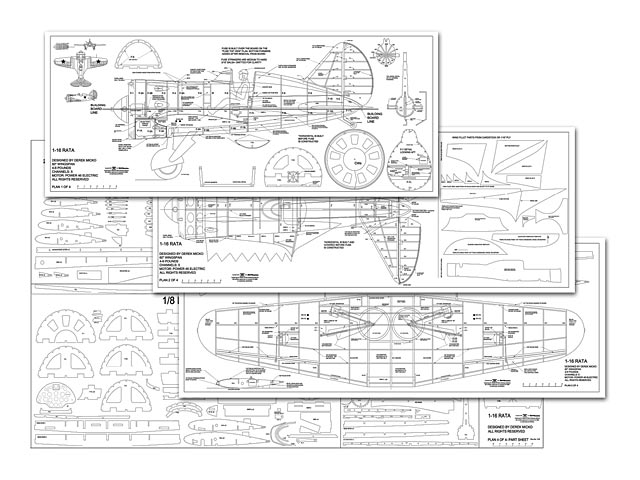 This plan is a free download available from the Model Aviation site at http://modelaviation.com/fighter-face-off where it appears along with links to the full build text and some great build pics. Also a free download of the plan in tiled format.

Scale modelers are known to have active imaginations. The running joke among the breed is that we run around the house making airplane noises as soon as we can test-fit our projects together.

But the imagination doesn’t stop when the building is complete. Watching scale models take to the air tends to increase our whimsical nature even further. Each scale flight is a vicarious adventure - perhaps a tribute to a famous pilot or the recreation of a moment from the past.

When two scale warbirds take to the air at the same time, this effect reaches its peak - particularly when the warbirds in question are models of aircraft that once met in true aerial combat.

My friend Derek Micko and I set out to create such an encounter. We have each designed a number of warbirds throughout the years and we talk regularly regarding our projects. Somewhere along the way, we agreed that it would be fun to collaborate. Ultimately, we each committed to design a model with the following criteria:

Warbirds: Because the whole purpose of this collaboration was to create two models of similar performance that would interact with each other, the choice of aircraft type was obvious. No aircraft spent more time interacting with other similar types than fighters. Derek and I have both gravitated toward World War II fighters as subjects for most of our projects. Our first criterion was that we would each design a warbird.

Size: Derek and I both started out designing models with 30-inch wingspans, but throughout the years, our projects have grown larger. Derek has gone as far as 80 inches, while I have gone up to 60-inch wingspan aircraft. After some discussion, we agreed that 60 inches was a nice target. At this size, the models would have plenty of authority in the air and be great platforms for detailing, but they would still be economical and transportable in a passenger car.

Construction Style: Lightweight, stick-built, balsa structures have been our trademark. Keeping the weight low would be the key to scalelike performance. Other materials, such as Depron, could be used to create even lighter structures, but we both like the classic look and feel of a traditional balsa model.

Electronics: One of the design concepts was to 'take back' from ARFs by using some ARF components for the models. With the popularity of 1,400 mm foam ARFs, a builder might have some spare equipment (motor, ESC, battery, etc.) from an old foamie that went to the hangar in the sky.

If you don’t have any old parts lying around, Derek identified FMS as a good source for hardware when he built his 60-inch Grumman Bearcat. By shopping for similar-size models, a scratch builder can find the complete package of motor, ESC, and retracts.

This route isn’t necessarily the cheapest way to go, but it is a nice way of sourcing parts that have been demonstrated to work well as a system in a model of similar size and somewhat greater weight than our aircraft.

The final criterion was the clincher. We agreed from the start that the two fighters that we chose must have met in combat and consequently, the Fighter Face-Off was born.

The Aircraft. At first blush, it seemed simple to find a pair of fighters and get to work, but it took longer to nail down our choices than we had expected. First, we ruled out the ubiquitous. We both love a nicely done P-51, but the RC world isn’t looking for yet another one. We also ruled out aircraft that we had recently designed, which removed the Messerschmitt Bf 109 for me and the Hawker Hurricane for Derek.

After numerous combinations were considered, we settled in on two that we felt were perfect. Both aircraft were solid performers with excellent combat records, although each became outclassed early in the war.

What drew us to our pair was the unlikely path that set them on a collision course. Derek chose the Polikarpov I-16 Rata, while I took the Curtiss Hawk 75/P-36.

Polikarpov I-16. The Polikarpov I-16 was the premier Russian fighter during the 1930s and, at the time of the German invasion, comprised more than 88% of the Soviet fighter force. Famous historian Walter Boyne likened the I-16 to that of Rodney Dangerfield, in that it received no respect for its significance, and for a period of time, eminence on the battlefield. It was the first monoplane with retractable landing gear to enter frontline service.

Early versions had an enclosed cockpit, and later versions carried a variety of weapons, including cannons, rockets, and bombs. It was a test bed for ram-air engines, retractable skis for winter operations, and a parasite aircraft on the TB-3 bomber (one hung under each wing of the TB-3).

Over the next several articles, Derek and I will walk you through our parallel builds. We are happy to announce that the plans for these models will be distributed as free downloads through Model Aviation for those of you who would like to build along with us.

Parts outlines are included on the plans sheets for you intrepid hand cutters. For builders who wish to take a less manually intensive route, laser-cut kits will be available from Manzano Laser Works..." 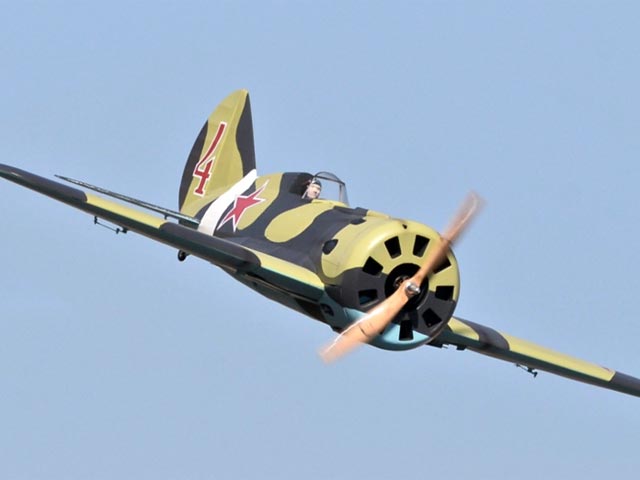