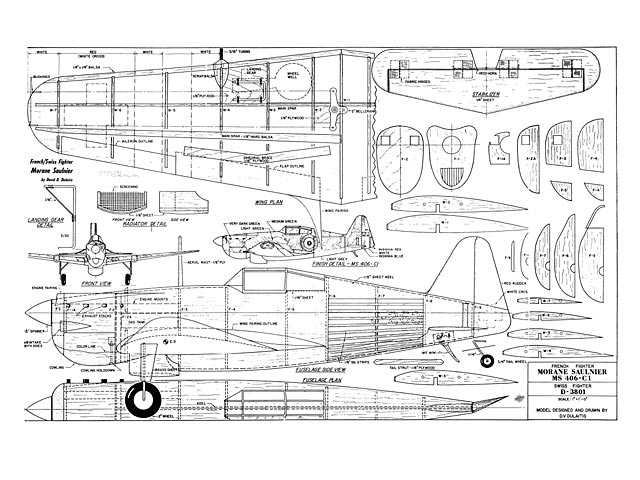 Quote: "Morane Saulniers' MS 406-C1, developed from its MS-405 in the ninteen thirties, became a standard French fighter. In May 1940, when the Germans started their offensive, eleven squadrons with about 250 MS-406- C1's were in service in France. By that time the plane was no match for the German BF-109 and losses were quite heavy. After defeat and the armistice, Vichy France kept one squadron of MS-406-C1's in Syria and Lebanon. Several French pilots who escaped to Africa with their planes fought with their MS-406-C1's alongside the English in Libya.

At the beginning of the winter war in Finland, the Finns ordered 30 MS-406-C1's for their Air Force. But the machines which didn't arrive till the war was almost over participated in no fighting. Later they were used in squadron No. 28 of the Finnish Air Force. In 1939 Poland had ordered 160 MS 406-C1's but none was delivered. Tu-key bought a batch and used them in her Air Force.

When World War II started Switzerland acquired a manufacturing license for MS 406-C1's and designated the prototype D-3800. The production model, called the D-3801, had a more powerful engine and much higher performance. A few D-3801's still remain in service for miscellaneous duties

Read these building instructions through carefully then start construction by making fuselage keel from 1/8 balsa sheet. Keel extends from former F-2 to former F-9. Cut out all formers from 1/2 in sheet except F-1, which is laminated from 3 pieces of 1/4 in and F-2, which is 1/16 plywood. Cement former halves to keel. Then cement firewall F-2, engine mounts and formers F-1 and F-1A. Do not shape nose former F-1. Install gas tank; bolt powerplant in place with blind nuts.

Pick an engine from .19 to .35 displacement. We used a Fox .35 with a 1/2 in extension so the intake would clear the nose block. Set this structure aside to dry and make stabilizer and elevators. Elevator horn is installed with pushrod connection pointing up. Cement completed tail unit to fuselage, cutting away keel to fit horn. 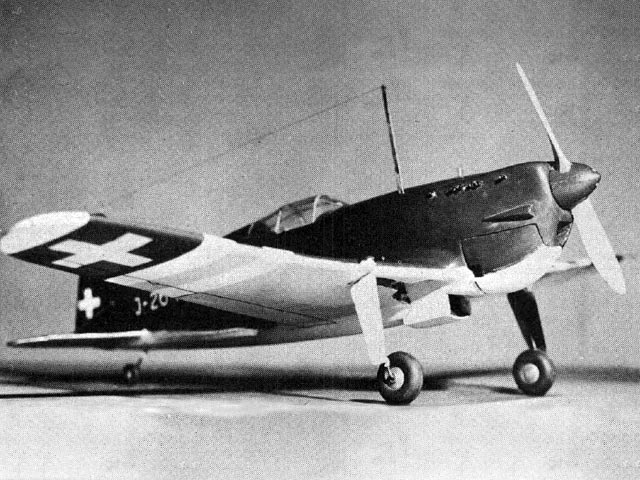