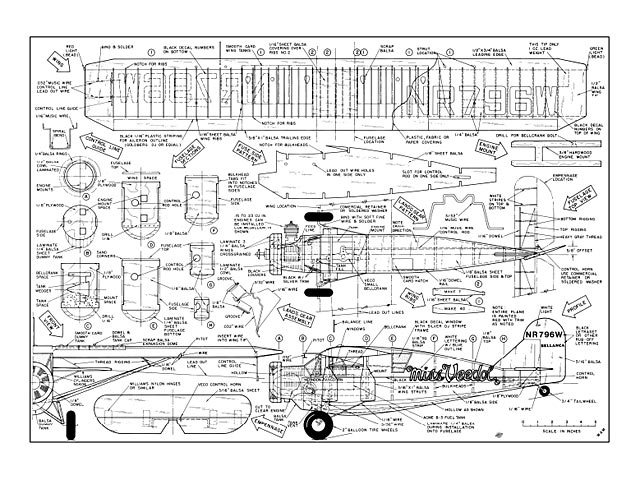 Quote: "A 3/4 inch to the foot scale Control Line model of Miss Veedol, the airplane that accomplished the first nonstop trans-Pacific flight. It's a moment of early aviation history that is easy to build and fly. Bellanca Skyrocket, by Walter A Musciano.

Our model is an easy-to-build standoff 3/4 in to the foot scale ukie of the first plane to fly nonstop across the Pacific Ocean. The fuselage is slab sided, except for the belly and nose, and utilizes sheet balsa construction. The wing is a simple sparless design featuring the scale number of ribs and rib spacing, and is Coverite covered.

This is a fun model; a standoff scale type; accurate, yes, but not so super-detailed that the average Sunday flier would hesitate to take it to the flying field for fear of harm-ing his creation. Naturally, those modelers who desire more detail can add it by studying the photographs of the actual aircraft.

Any engine from .19 to .29 cu in displacement can be used in this model. As previously mentioned, the full-size plane after which our model is patterned was a world-famous record breaker, so a few words about the Bellanca and its equally famous pilot are in order before we begin construction.

Record-breaking trans-Pacific flight began when famous aviator Clyde Pangborn and his co-pilot, socialite Hugh Herndon, took off in their modified Bellanca Skyrocket from Roosevelt Field on July 28, 1931 and headed eastward across the Atlantic Ocean. Why head in this direction to cross the Pacific? Well, our intrepid duo was really trying to better the Post/Gatty round-the-world flight. Crackerjack flier Pangborn was chief pilot for Standard Airplane Company when he met Herndon, who was a prospective client, and in short time the pair began to plan the flight. It is reported that in exchange for Herndon's financial backing, Pangborn agreed not to give any lectures or endorsements, or capitalize on the flight in any way, for one year after the journey. This agreement contributed to the relative obscurity of the flight... " 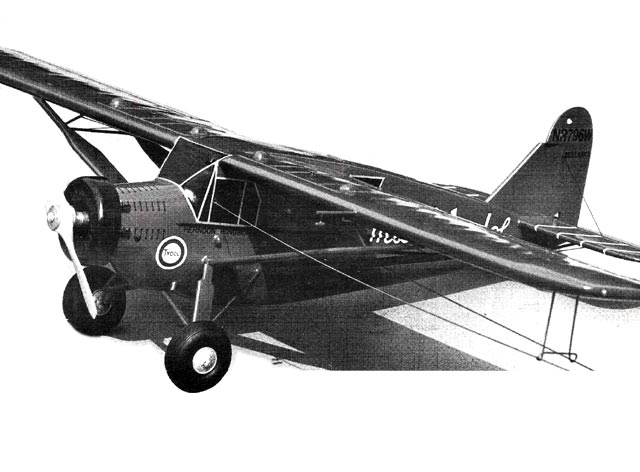