Quote: "An ideal project for the scale enthusiast who is looking for a practical out-of-the-rut subject. Full size fold out plans for Dennis Rattle's Airspeed Courier.

THE Airspeed Courier appeared in 1933/4 and had the distinction of being the first commercial aeroplane in Great Britain to have a retractable undercarriage. It also shared in the pioneer development work of the flight refuelling system. The Armstrong Siddeley powered version was chosen as the subject for this model, which, at 3/4 in to 1 ft, gives a span of 34-1/4 in, and is thus suitable for the popular Cox 'Pee Wee' engine. The design is also a complete breakaway from the too frequently modelled high wing cabin type.

Attention has been paid to keeping the weight down and the materials used represent a very modest outlay. Very few fields are suitable for landing with a model of this size, therefore, the undercarriage is built as though retracted. This not only simplifies building, but reduces weight, lessens the possibility of structural damage caused by undercarriage loads on landing and immeasurably improves the appearance of the model when in flight. A dummy undercarriage for display is included.

For modelling purposes the tailplane area has been increased and the complex trailing edge shape at the wing root somewhat simplified. Construction is orthodox and within the scope of a modeller with only a little experience and the resulting model is convincingly realistic as the photo above amply proves.

Building. Wings, tailplane and rudder are built over the plan in the usual manner. Avoid warps and ensure tongue laminations are well glued together. A contact adhesive such as Evostik speeds up this latter operation.

Fuselage (1) Build basic sides, they are shaded on the drawing; (2) Add formers F2 and F4 to one side, allow to dry, add other side; (3) Join sides at tailpost, add formers 1, T3, T5, T6, B5 and top stringers; (4) Centre side stringers are next glued in place, then build up fuselage sides as shown in the part section on the drawing..." 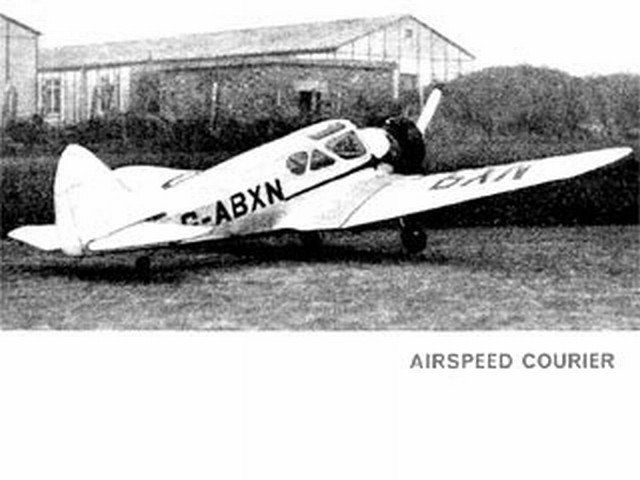