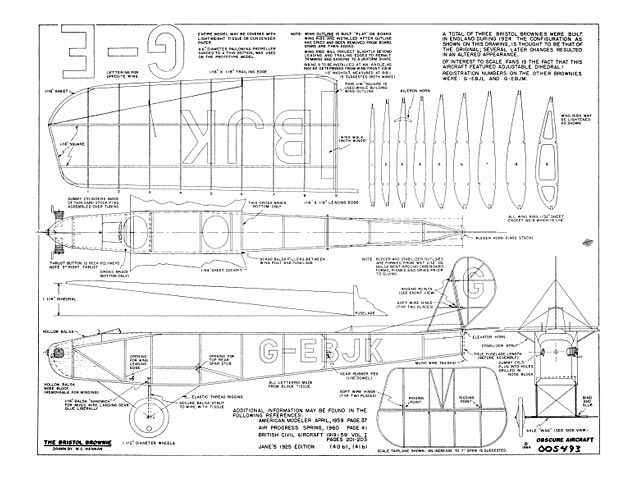 Quote: "A total of three Bristol Brownies were built in England during 1924. The configuration as shown on this drawing is thought to be that of the original; several later changes resulted in an altered appearance.

Of interest to scale fans in the fact that this airctaft featured adjustable dihedral! Registration numbers on the other brownies were G-EBJL and G-EBJM.

Entire model may be covered with lightweight tissue or condenser paper. A six inch diameter Paulowina propeller sanded to a thin section was used on the prototype mode."

Note photo of completed Bristol Brownie model was found online at https://www.rcgroups.com/forums/showthread.php?1184334-Fun-Build-3-Bristol-Brownie/page2 build thread by Ascolta on RCgroups. This shows a slightly enlarged model, built from the Bill Hannan plan, but with wingspan of 36 inch. 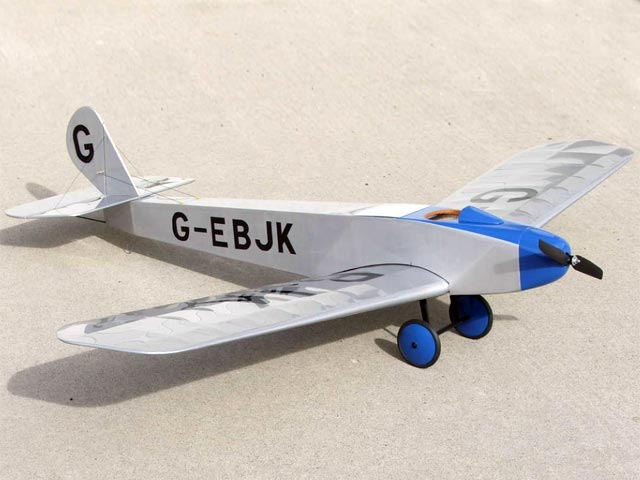